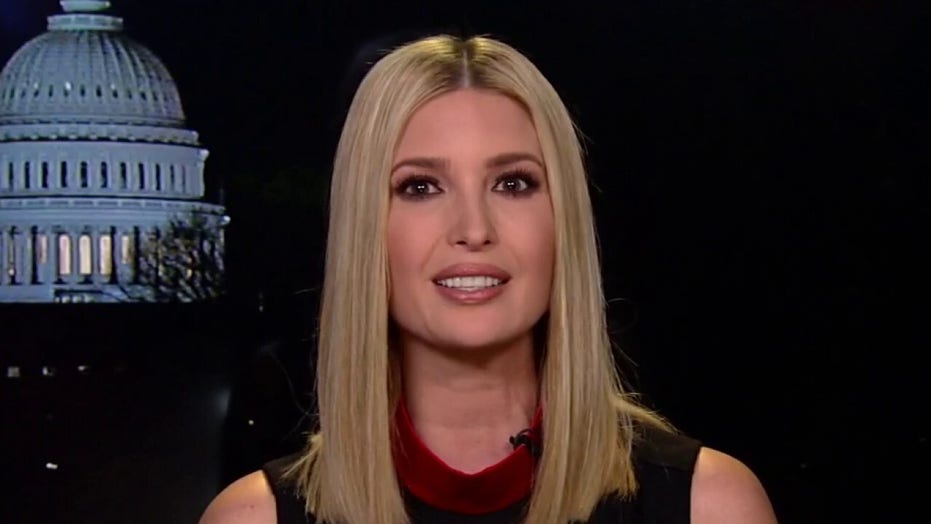 The Trump administration has completely changed the trajectory of the country, says Ivanka Trump, advisor to the president.

Adviser to the president and First daughter Ivanka Trump joined "Hannity" following her father's State of the Union speech where she reacted to the Democrats' reactions to the president.

"For us not to come together as a nation and celebrate America's success is not forgivable," Trump told host Sean Hannity. "And I think that's why the viewers who were watching today and realizing and celebrating alongside the president, alongside the rest of this country, what is happening. Because we have completely changed the trajectory of this country."

"And the president is unabashed in being excited about it and celebrating it and just being a cheerleader for American excellence," Trump added.

Before the speech, President Trump overlooked a handshake from House Speaker Nancy Pelosi, D-Calif., and during the speech's conclusion Pelosi made it a point to rip apart a copy of the president's speech in what became a purely partisan affair.

The First daughter told Hannity that the president's primary goal was to "uplift" all Americans.

"What motivates this president and what motivates all of us who work for him is the desire to uplift all Americans, which is why it was so important to start at the beginning of the speech talking about how all Americans are benefiting from these policies," Trump said, adding. "Especially blue-collar Americans and those who have been left behind."