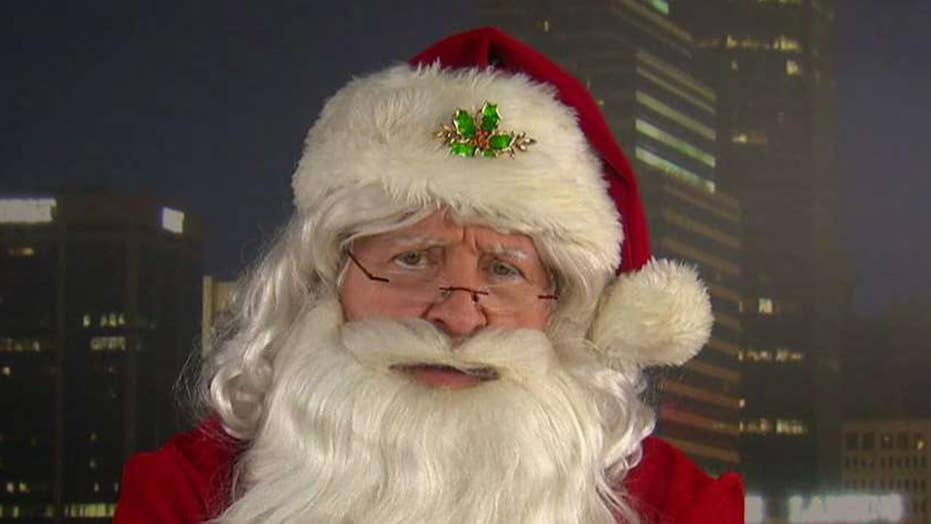 Longtime mall Santa Frank Skinner speaks out about being replaced for his political views.

In an exclusive interview Friday, Laura Ingraham spoke with Santa Claus, or the man who portrayed the jolly old fellow in a Waycross, Ga., mall before he was replaced earlier this month for posting a picture of himself in his costume but wearing a pro-Trump "Make America Great Again" hat.

"[The picture] was taken on a whim because I have a lot of Trump supporters that come on my page. And I just thought, for a little bit of humor, to go ahead and have my Trump hat on, dressed while I was in the Santa suit," Frank Skinner said on "The Ingraham Angle," while dressed as St. Nick. "I want to make it clear I did not do this around any children. In fact, really, there was nobody really around other than me and the camera girl."

The mall received complaints on its Facebook page after someone saw the photo on his personal page, prompting management to make the change.

Skinner says his manager told him to "lay low" hoping the controversy would blow over and he could return to his job.

"When the story came out that I was replaced," Skinner said. "That gave the perception to, to the audience that I was fired. So it was hard for me to digest."

Skinner felt it was necessary to straighten out the story himself and tell people "what happened."

"What happened?" Ingraham said to Skinner. "You're acting like it's some kind of murder mystery here. You put on a MAGA hat, Santa."

Skinner said he was worried about going back to work and concerned for his safety.

"I have... such great support from Waycross, I really do," Skinner said. But... there's always those out there that just want you to have it."

Ingraham advised Skinner to take legal action against the mall but Skinner seemed more concerned with the perception the story has had.

"I understand, as a Santa of 48 years, that you don't mix politics with Santa, with kids," Skinner said. "And I didn't do that."