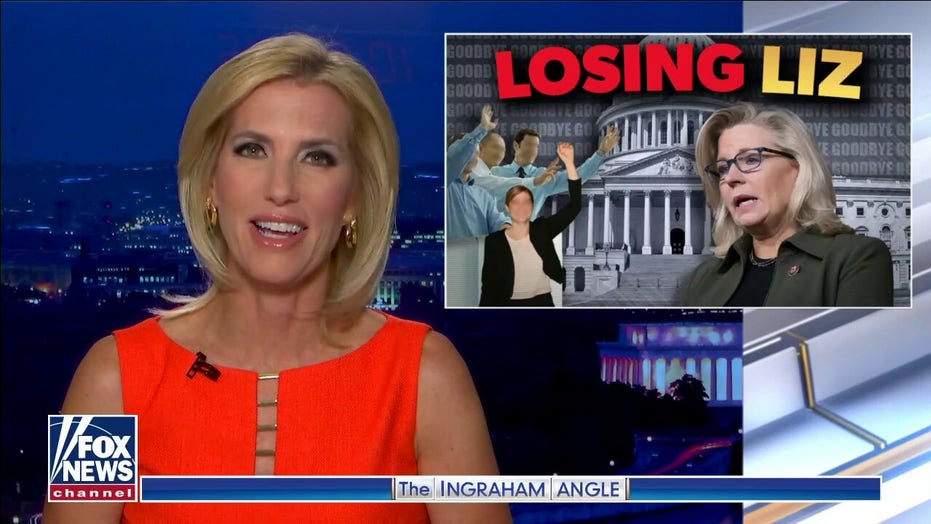 Ingraham: Time GOP leadership 'scrape off the barnacle' of the Bush-Cheney era

Laura Ingraham calls on the GOP to appoint leadership "who actually like Republican voters" Tuesday on "The Ingraham Angle."

INGRAHAM: The same people who regurgitated the phony Russian collusion narrative for years, they're suddenly the arbiters of the "truth?"  Now that is really funny. Now they love Liz because she echoes their "Big Lie" language in her tedious tweets. She’s not only by the way condemning Trump, but many Republican voters who still suspect some fraud. So how exactly is any of this advancing the GOP’s prospects for taking the House in 2022? Now as "The Angle" told you last night, Democrats are getting very nervous about the mid-terms, and for good reason, but at least they have Cheney to do their work for them!

Rather than focusing on the trillions in spending and taxes that Biden plans to ram through Congress, she spends her time urging her colleagues to make clear that "they're not the party of white supremacy." No one is better at adopting leftist slanders of GOP voters and amplifying them. Of course, that’s music to the ears of all the Bush-Cheney Republicans who couldn’t win, but now claim to have discovered the secrets to election success.