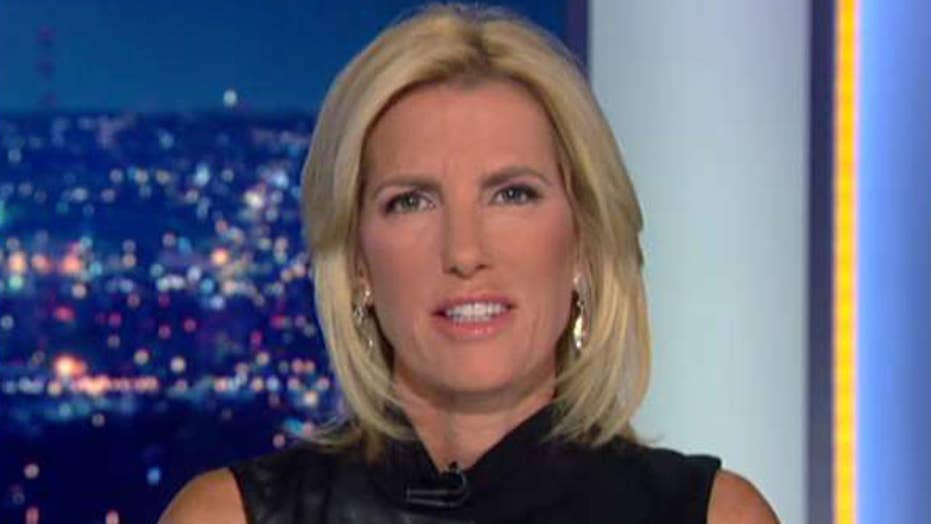 Democrats invested in impeachment are angry with America.

Laura Ingraham declared that Democrats are done with democracy Monday, saying that the party has decided they can't trust democracy to deliver them the presidency in 2020.

"I've come to the sad conclusion that Democrats, they're basically done with democracy at least when it delivers results they don't like," Ingraham said on "The Ingraham Angle."

Ingraham said she believes that Democrats are not confident they can win in 2020 and are undermining the system, citing former Democratic nominee Hillary Clinton calling President Trump's presidency "illegitimate" this Sunday on CBS News.

"Well, in 2016 remember nearly 63 million Americans turned out for Trump and he beat Hillary by 74 electoral votes. The left cannot take that risk again," Ingraham said. "They're not so confident."

A new Quinnipiac University poll indicates American voters are evenly split --  47 percent to 47 percent -- on whether President Trump should be impeached and removed from office over the Ukraine controversy.

Ingraham believes Democrats want to use impeachment to "smear" Trump.

"Even if they can't actually remove him from office with a Senate conviction they want an impeachment vote by year's end to smear him," Ingraham said.

The host argued that Democrats are angry with not only Trump but America itself.

"Now they are not just angry, the Democrats, with Trump or his policies. Many of them are angry with America," Ingraham said. "They don't care if impeachment is bad for the country if it's going to hurt our economy or even the president's ability to conduct foreign policy."