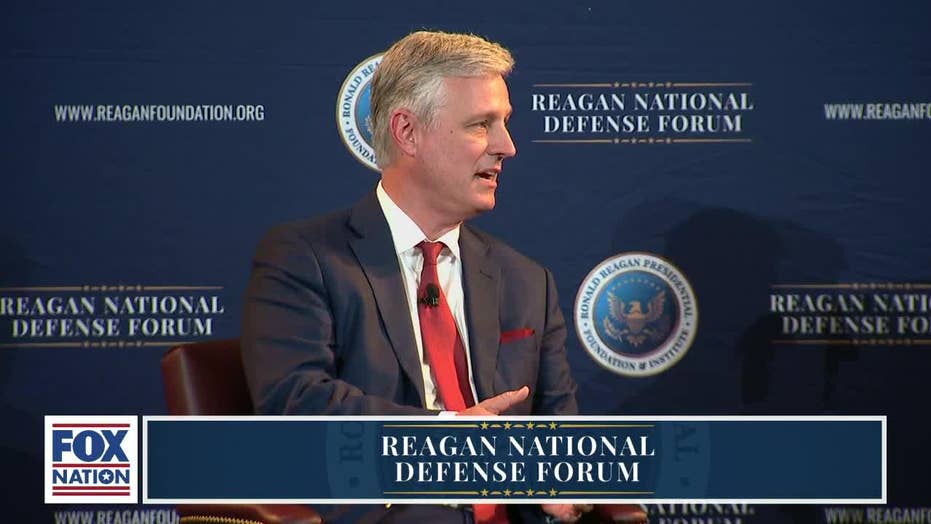 "All I saw when I watched it was speculation, double and triple hearsay and policy differences," said O'Brien in an interview with Fox News host Bill Hemmer during the Reagan National Defense Forum, which is now available on Fox Nation.  O'Brien replaced former national security adviser John Bolton in September.

The House Intelligence Committee Democrat's 300-page report outlining their case for the impeachment accused the president of a plot that "subverted U.S. foreign policy toward Ukraine and undermined our national security."

O'Brien suggested that President Trump did far more than his predecessor to pursue foreign policy objectives that Democrats now claim to be defending.

After Russia invaded the eastern Ukranian territory of Crimea in 2014, the Obama Administration refused to provide lethal weapons to the Ukrainians, though the administration did send military and security aid.

"What I can tell you is what I did see personally," argued O'Brien, "and that was in 2014 when I went to Ukraine as an election observer for the parliamentary elections. And I had young Ukrainians coming to me saying, 'We're going to the front lines. Can we please have lethal aid? Can we please have flak jackets, Kevlar? Why is America, the arsenal of democracy, not helping us?'"

In fact, O'Brien claimed that young Ukrainian soldiers lacked some of the most basic equipment.

"Kids were going to the frontline... They'd raise enough money from their friends. One of the kids would drive up to Poland and would buy Kevlar and they'd bring them, bring the Kevlar, down. And at the going-away party for the soldier, they'd be given a Kevlar vest.

"That changed when President Trump took office" he concluded. "The Ukrainians did receive lethal aid and they're now able to put up stronger resistance against the Russians. So that's what I saw with respect to Ukraine. I saw no aid going to relocate or no meaningful aid going to Ukraine until the president took office."

To watch more of the discussions of the "Reagan National Defense Forum" go to Fox Nation and sign up today.