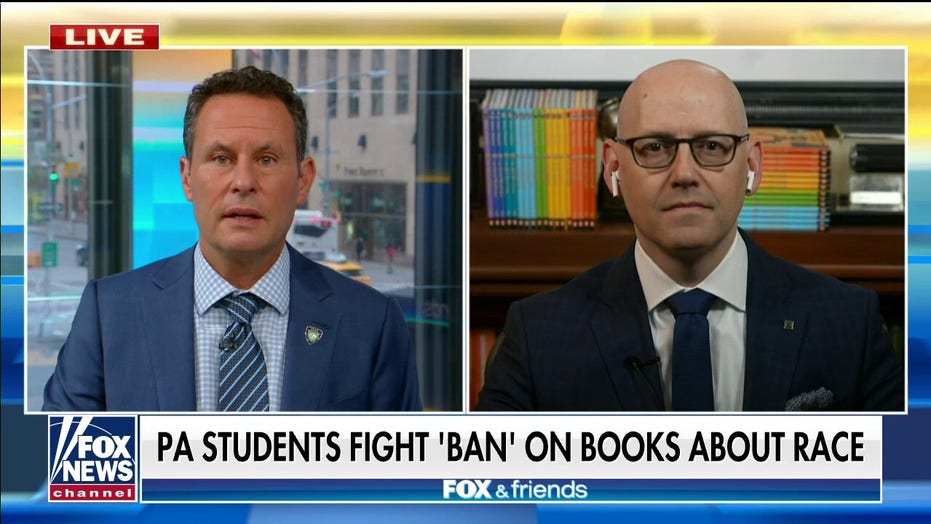 Author Brad Meltzer reacts after the York, Pa., school district banned his children's book, 'I Am Rosa Parks,' along with others that involve race and history.

Brad Meltzer, author of "I am Rosa Parks," is speaking out after his children’s book was placed on a banned list by the Central York School District in Pennsylvania. On "Fox & Friends," Meltzer called out the school board for becoming part of cancel culture.

The ban, which impacts books that address race, social justice and history, was implemented in October 2020. According to the school district, the books were not "banned," but rather "frozen" until they can be vetted.

"I was heartbroken because there are all these little kids now that aren't going to hear the story of Rosa Parks," Meltzer said.

He noted the lessons children can learn from the example set by Rosa Parks.

"We wrote these books to give our kids these lessons of empathy and perseverance. That's what this whole series is about," Meltzer said. "And you're telling me they’ve got to vet a children's book about Rosa Parks?"

The school board maintained its position to ban the specific list of resources despite protests from students and community members.

The latest protest, which took place before a school board meeting, attracted about 100 parents, students and teachers.

"Race is a hard subject. We wrote this book so you can discuss race with your kids, but you shouldn't shy away from hard subjects, right? That's what Rosa Parks teaches us. You've got to take those hard things head-on."

Meltzer said this isn’t a "Republican or Democrat" issue, and that both sides realize stories like that of Rosa Parks shouldn’t be banned in schools.

"If you’re banning Rosa Parks, you’re on the wrong side."