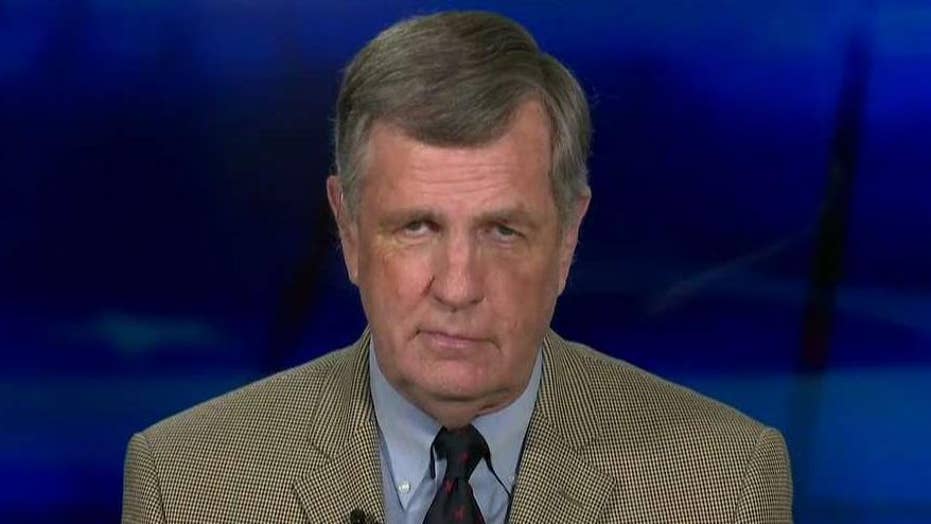 Hume: Vindman could have sympathy for Ukraine

Fox News senior political analyst Brit Hume on Tuesday called out the mainstream media Tuesday for excessive admiration of the impeachment inquiry witnesses on the third day of public testimony.

“You’d think that there'd be a note of skepticism. You just wouldn’t think you’d see that kind of worship,” Hume told “Tucker Carlson Tonight.” “We should expect from a journalist a kind of permanent state of skepticism in which we don’t become terribly enamored of people, while we may praise an official or a witness here or there.”

"The hosannas that are being flung along with rose pedals at all these witnesses stem from the fact that many in media and in the Washington political world want Donald Trump gone and tend to applaud anything that tilts in that direction,” Hume added.

Jennifer Williams, an adviser to Vice President Pence, said she "found the July 25 phone call unusual because, in contrast to other presidential calls I had observed, it involved discussion of what appeared to be a domestic political matter.”

House Democrats say Trump withheld $400 million in military aid until Zelensky's government agreed to open investigations into former Vice President Joe Biden, his son Hunter and their activities involving Ukraine. Both Vindman and Williams testified Tuesday they never learned why the hold on the military aid to Ukraine was eventually lifted in September.

Tuesday night, Hume noted that few Republicans had challenged the witnesses who have testified, with one notable exception: “Sir Tweets-a-lot down at the White House."