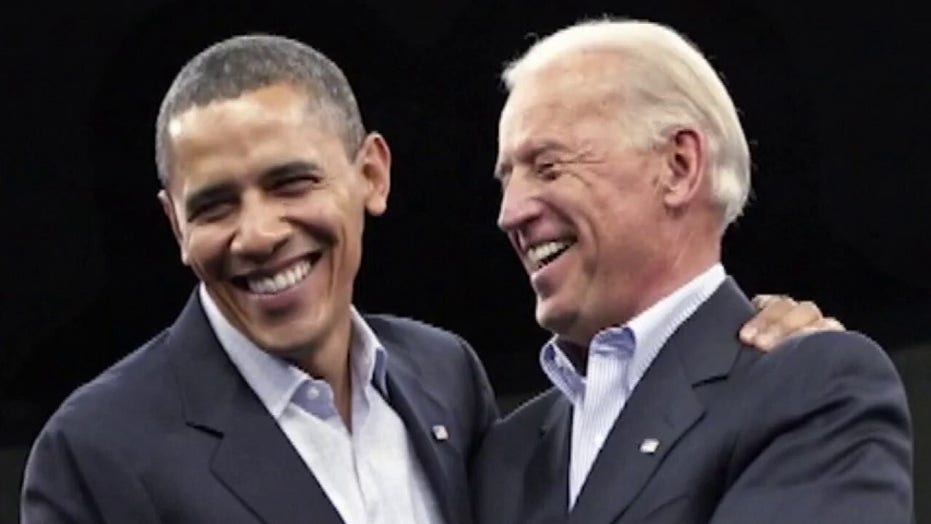 Fox News media analyst Howard Kurtz  called on the press to pressure presumptive Democratic presidential nominee Joe Biden to "answer questions," saying it's his responsibility as a candidate and that "playing it safe" could backfire.

"Many Democrats seem convinced that while it's a great strategy for [Biden] not to talk to the press, the press, by the way, should be pressuring the former vice president to answer questions because that's part of the responsibility of a presidential candidate," Kurtz said on "Bill Hemmer Reports."

Kurtz advised Biden not to commit to the strategy, saying that while many criticize President Trump, he is taking questions. He noted that Biden may reconsider it if his polling takes a hit.

"Look, not just as a journalist, but as an American, I think that Biden shouldn't adopt this posture, that I'm just going to do the canned speeches, teleprompter speeches, so forth," Kurtz said. "President Trump, like him or don't like him, he is out there doing interviews, talking to reporters. He's got the daily briefings now all the time. Joe Biden is not doing that."

The media analyst also commented on Biden's release of a socially distanced conversation with former President Barack Obama where they ripped Trump for his response to the coronavirus pandemic.

"The Obama card is, in fact, the strongest card that Joe Biden has to play," Kurtz said. "And the reason he's playing it now is that President Trump has been ramping up his attacks against the former V.P.  and in a virtual campaign, Biden wants to connect with Obama's 120 million Twitter followers. Joe is kind of a dot on social media. So he had been sitting on his lead with the stay at home strategy until now."

Kurtz speculated that using Obama's legacy could backfire on the candidate.

"Using Barack Obama, Bill, as a character witness is a double edged sword, because as we saw from that White House pushback, President Trump would love nothing more than to run against the Obama administration's record on policing, on immigration and other issues," Kurtz said. "And it could change the contest from what is now, quite frankly, a referendum on Donald Trump, who dominates the media spotlight to a future versus past comparison. You know, do you really want to go back to the old days?"