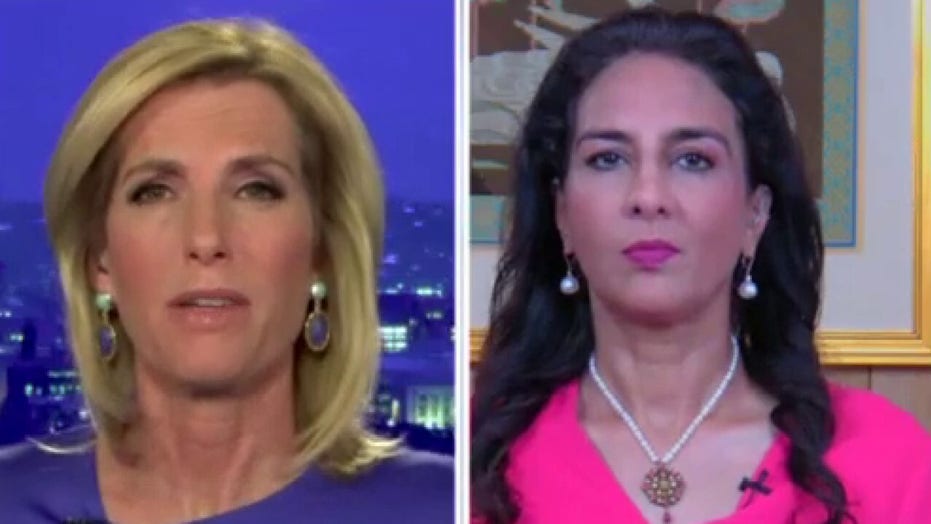 Journalist Andy Ngo sues Rose City Antifa for 2019 assaults carried out against him by the group in Portland, Oregon.

Attorney Harmeet Dhillon of the Center for American Liberty told "The Ingraham Angle" Thursday that she had filed the first-ever lawsuit against the far-left group Antifa to protect journalists and other Americans "who are threatened by these criminals."

Dhillon filed the lawsuit on behalf of journalist Andy Ngo after he was repeatedly attacked in 2019 while covering the violence incited by the group in Portland, Ore. On one occasion, the lawsuit claims, Ngo was beaten by a mob that continued to harass him as he attempted to walk away.

Dhillon told host Laura Ingraham that Ngo "continues to be stalked" and claimed the Portland authorities "continue to do nothing" to protect his safety.

JOURNALIST ATTACKED BY ANTIFA SPEAKS OUT ON GROUP'S EXTREMISM

"By the way, that includes the United States attorney who I spoke to at the beginning of the process," she said. "We waited several months and this is a job for law enforcement because ... law enforcement has the tools to go surveil and get warrants and all of that.

"It should have been law enforcement doing this action, not me," Dhillon said, "but because they refuse to do that, we cannot let Andy continue to live under these threats."

Dhillon said the suit, which includes claims of assault, battery, intentional infliction of emotional distress and violations of Oregon's Racketeer Influenced and Corrupt Organization (RICO) Act, is on behalf of every journalist who's felt threatened by the group.

Andy Ngo is covered in an unknown substance after unidentified Rose City Antifa members attacked him on June 29, 2019 in Portland, Ore. (Photo by Moriah Ratner/Getty Images)

"It is not just Andy," she said. "They attack every journalist who dared to attack them and make these so-called journalists back off."

Dhillon then turned her wrath on journalists who she says "are effectively a spokesperson for Antifa because of their liberal viewpoints."

"They protect them and make excuses for them and demonize Andy and other journalists who criticize them," she said. "And then they use those [Saul] Alinsky tactics to make Andy the enemy."

Earlier Thursday, Dhillion told Fox News the timing of the lawsuit was unrelated to the riots that have taken place across the country following the death of George Floyd. Her comments came as FBI Director Christopher Wray announced that Antifa was among the groups that are being investigated for acts of violence in various cities over the past several days.

"Andy is very brave and I'm proud to represent him," Dhillon concluded, "but this is on the behalf of all Americans who are threatened by these criminals, and it has to stop."