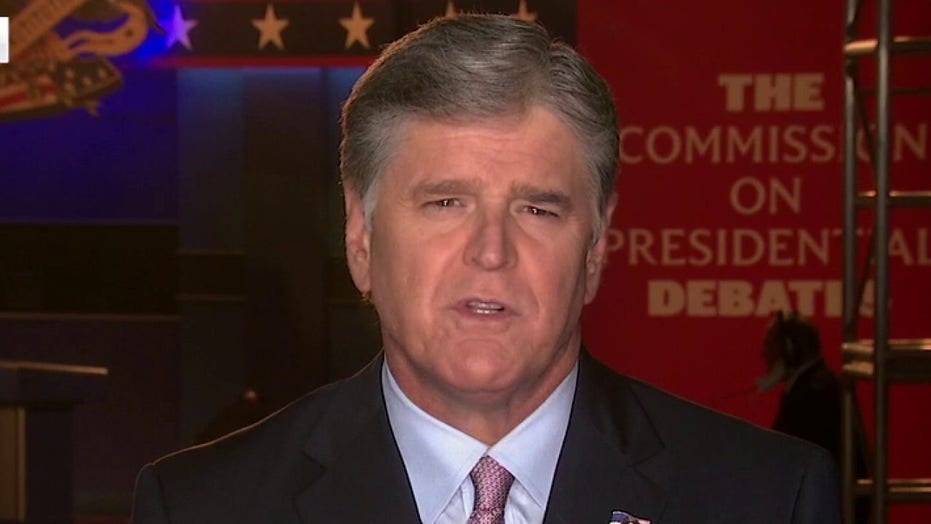 For example, Biden avoided answering whether or not he supports expanding the size of the Supreme Court. The host also pointed out numerous gaffes by the former vice president, including mixing up numbers and misinterpreting questions.

Hannity then charged that Biden has spent his nearly 47 years in public office “lining the pockets” of his own family.

“Despite denying it, he’s wrong,” Hannity said. “That includes zero-experience Hunter Biden. As we have learned this week ... we have wire transfers, millions of dollars from Ukrainian, Russian oligarchs. Shopping sprees courtesy of China ...  And of course the $1.5 billion deal with the Bank of China. But he denied it all.”

Hannity concluded by questioning if the media will ever fact-check Biden, and emphasized his nearly five decades in Washington with “nothing to show for it.”

“He’s made a deal with the radical left and, in spite of his denial tonight, he did go along with the manifesto of Bolshevik Bernie,” he said. “If elected, he might enter the Oval Office but they’ll be in control. That’s for sure."