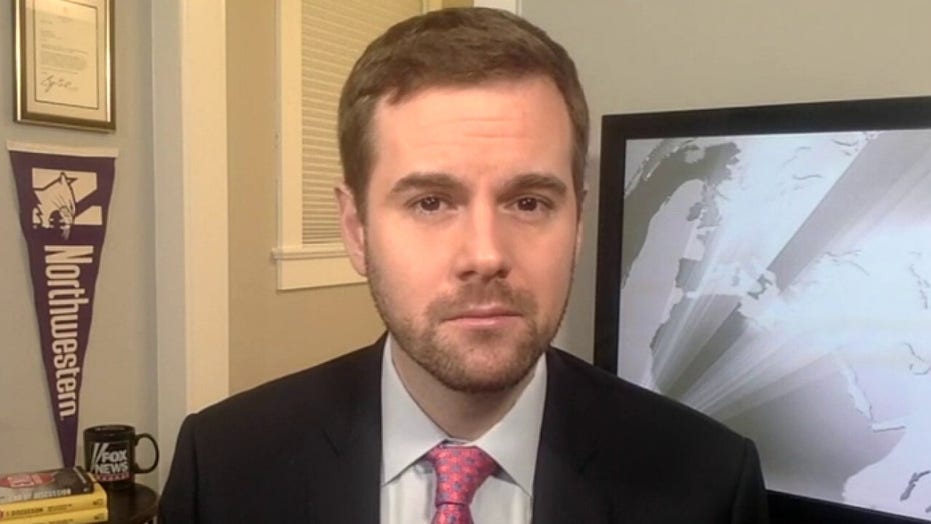 Benson: Trump 'made sense' with predictions for the economy

“I’m not sure that’s the line the president should have gone with on a number of different levels,” the host of “The Guy Benson Show” podcast told “America’s Newsroom.”

“We understand that he's unhappy with the press writ-large and their coverage of him. I think some of that frustration is warranted. I think they are extremely relentlessly hostile about him all the time, but it is also a two-to-tango situation. The animosity is mutual and I think, sort of bravado like that seems over the top to Americans and also could strike some people as whining," he added.

Trump defended his growing list of contentious exchanges with reporters Sunday night during Fox News' virtual Town Hall, telling moderators Bret Baier and Martha MacCallum, "If I was kind to them, I'd be walked off the stage."

“I am greeted with a hostile press, the likes of which no president has ever seen. The closest would be that gentleman right up there,” Trump said during his Fox News Town Hall with Baier and MacCallum, focused on reopening America during the coronavirus outbreak.

Trump made the comments with the backdrop of the marble statue of President Abraham Lincoln at the famed memorial site in Washington, D.C. Lincoln was assassinated in April 1865.

Trump was responding to a question submitted by Carolyn Perkins, a retired nurse and elementary school guidance counselor who urged him to abandon his use of "descriptive words that can be classified as bullying," and instead hold on to the "wonderful attributes that make you our great leader."

Trump had sparred frequently with journalists during the daily coronavirus task-force briefings in the weeks after the coronavirus started to spread, turning much of the question-and-answer sessions into reflections of the media's frayed relationship with the president.

Benson said that on the other hand, Trump's other responses in the interview were "pretty crisp."

"In fact, I saw an ABC News reporter earlier tweeting that he's hearing from Democratic sources that they watched the president in these settings and it reminds them that he's going to be formidable in the general election."