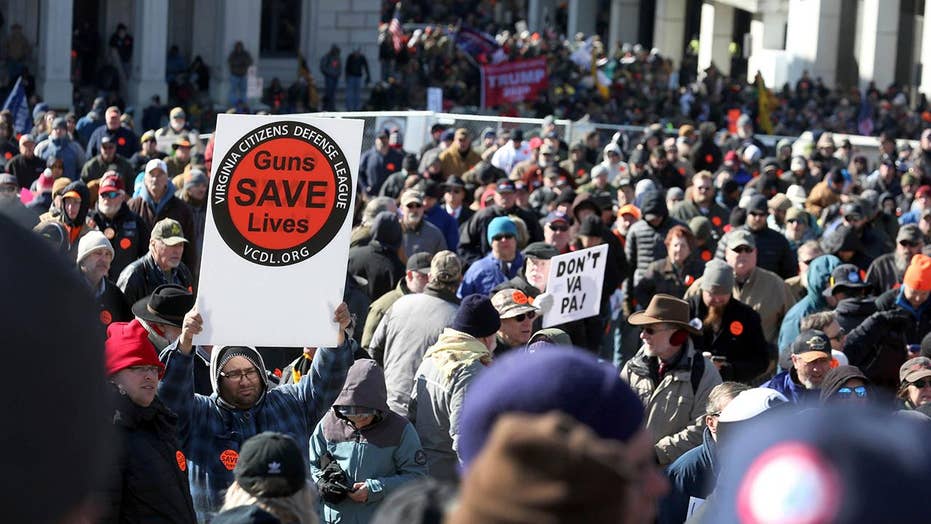 "The irony is, when they talk about gun control, where do you think they're going to implement these laws the most? They're going to implement them in the minority cities," Noir said. "So they like to bring up the idea and the issue of race and how all of these white supremacist gun owners are going to come and start shooting people. Yet the people most affected by these gun control laws are the very people that they're trying to manipulate to not exercise their rights."

Noir was reacting to the massive gun-rights rally in Richmond, where thousands of people from across the country protested a push by Democrats in the commonwealth to pass more comprehensive gun control laws.

"When it comes to these politicians who are anti-gun when it comes to talking about issues that they're even not doing that well on or things that they just don't want to address, they always pivot to gun control because they see it as one of the easiest things to talk about," Noir said on "Because they like to frame it under the guise of all of, 'these crazy gun owners out here, we got to get the guns off the streets.'"

VIRGINIA BRACES FOR RALLY AS WORRIES OVER VIOLENCE, HATE GROUPS AND MILITIAS GROW

The bills that sailed through the Virginia Senate Judiciary Committee last week would require background checks on all firearms purchases; allow law enforcement to temporarily remove guns from people deemed to be a risk to themselves or others; limit handgun purchases to one a month, and let localities decide whether to ban weapons from certain events. The bills still have to pass the full Senate and House of Delegates -- both controlled by Democrats -- before going to Democratic Gov. Ralph Northam for his signature.

"We conclude that these gun control laws, all of these measures have nothing to do with actual safety. This has nothing to do with saving lives," Noir said. "It is about accumulation of power and control. That's what this is about. And it's always been that way."

"When you own a firearm and you are a citizen who owns a firearm, you don't completely and wholly depend on the government for your own safety," he added. "You've now empowered yourself in taking safety into your own hands."