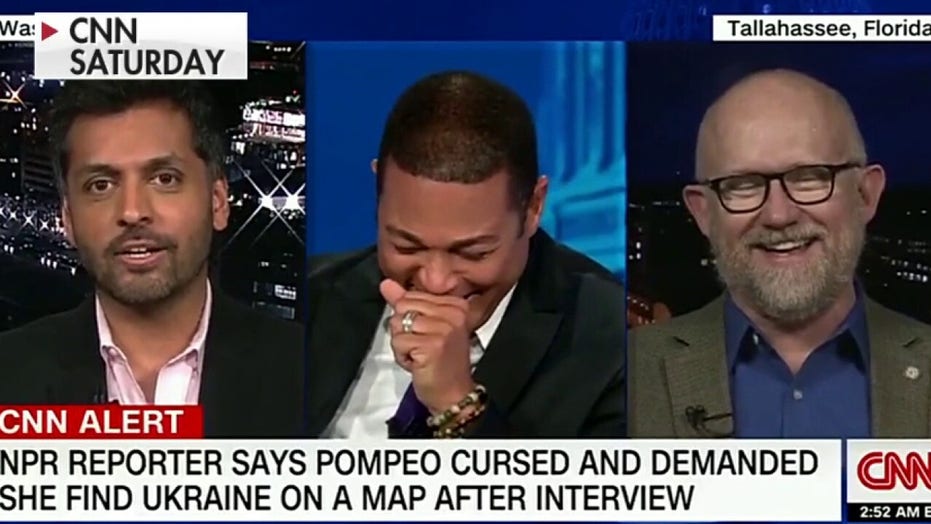 Greg Gutfeld reacted Wednesday on "The Five" to CNN anchor Don Lemon and a panel segment he held that received heavy backlash after a guest mocked Trump supporters as "boomer rubes."

Lemon doubled over in laughter after Republican political consultant Rick Wilson made fun of President Trump and his supporters.

"Donald Trump's the smart one, and y'all elitists are dumb," Wilson said, employing a faux southern drawl after he jokingly claimed Trump could not place Ukraine on a world map even if the letter "U" and a picture of a construction crane marked the country's location. "You elitists with your geography and your maps," added panelist Wajahat Ali.

Wilson, who has campaigned for former President George H.W. Bush, former Rep. Connie Mack III, R-Fla., and former New York City Mayor Rudy Giuliani, often appears on the network as a staunch Trump critic and has written a book critiquing him. On Tuesday night, Lemon offered an on-air apology for his laughter, saying he was not laughing at any group of people. 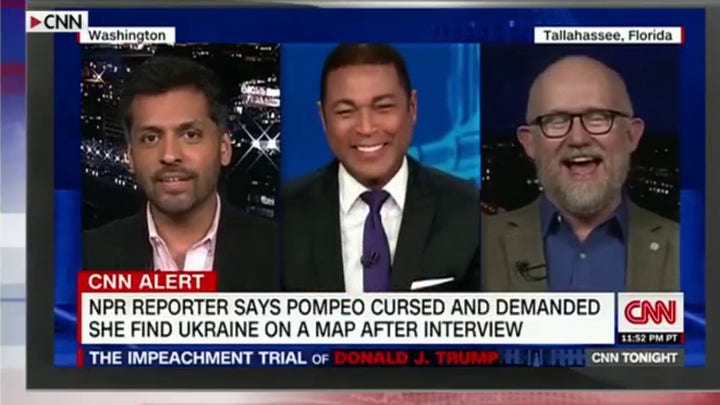 Gutfeld added that Wilson and others are confined to a "feedback loop" where their commentary becomes cyclical because the political moment has left them behind.

He said that he felt the same way at one point, describing himself as a "Never Trumper" who changed his mind about the president after he was elected.

The "Greg Gutfeld Show" host said he began to ignore the president's tweets, instead of taking issue with them.

"I decided to give him a chance [and] focus on the measurable results and not the tweets, and he has impressed me," he said. "I changed my tune."

"And I think the problem is, they can't do that," he said of the CNN panel. "They are stuck in their prison."

Dana Perino added that mocking Trump about world geography reminded her of when a Boston television reporter challenged then-Texas Gov. George W. Bush to name four world leaders during his run for president in 2000

The reporter asked if Bush could name the then-president of Chechnya -- a breakaway republic of Russia. When Bush could not name Aslan Maskhadov, he was asked to identify Pakistan's coup-leading Gen. Pervez Musharraf, and was also asked about the Indian president at the time.

Bush was, however, able to name Lee Teng-hui as the then-leader of Taiwan.