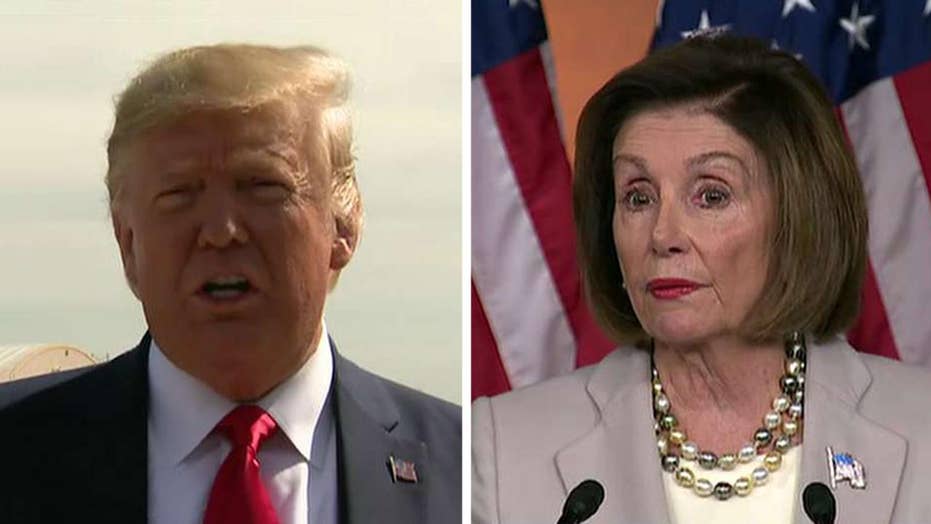 Democrats storm out of White House meeting on Syria; reaction and analysis on 'The Five.'

Juan Williams and Greg Gutfeld engaged in friendly banter on "The Five" Thursday over who "melted down" at a meeting between President Trump and House Speaker Nancy Pelosi, D-Calif., the day before.

"So, you say you care about the Kurds. You don't want the Kurds to die. But you walk out of a meeting because Donald Trump was rude to you," Gutfeld said, criticizing Pelosi.

Pelosi, Senate Minority Leader Chuck Schumer, D-N.Y., and House Majority Leader Steny Hoyer, D-Md., announced at a news conference outside the White House on Wednesday that they had just walked out of a meeting with President Trump on Syria policy after the president called Pelosi either a "third-rate politician" or "third-grade politician" and told her: "I hate ISIS more than you do."

"What we witnessed on the part of the president was a meltdown, sad to say," Pelosi remarked. The White House disputed reports from the meeting.

Gutfeld said Pelosi must not have cared about the Kurds if she was willing to walk out of the meeting.

"It was basically just another strategically political attempt to mess with Trump because why would you leave a meeting if you really cared?" Gutfeld said.

Williams responded by advising Trump not to underestimate Pelosi.

"I think it's a mistake and it's a proven mistake to think that Nancy Pelosi is any third rate politician," Williams said, calling her a  "historic figure."

Gutfeld pushed back asking again why she would walk out of the meeting over "name-calling."

"She's trying to get something done," Williams responded. "Who is erratic here? Greg, who's melting down?"