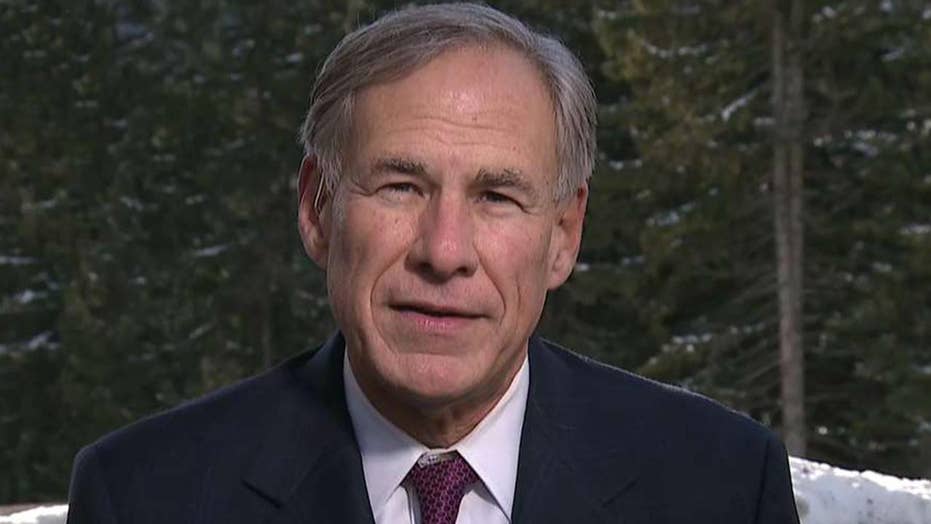 He said, “700,000 people fled California. When you consider the beautiful climate out there, it’s something else to imagine 700,000 fleeing there,” Abbott told “Fox & Friends” from Davos, Switzerland, where he is attending the World Economic Forum.

Abbott explained further, “You have people fleeing Illinois, New Jersey, other states because they’re trying to get away from the things that hamstring capitalism and hamstring their ability to start and grow a business.”

As his impeachment trial was set to begin in Washington, D.C. on Tuesday, President Trump took the stage in Davos and touted his administration's policies for helping create a historic unemployment level and taking a new proactive stance toward trade.

He said recent trade agreements will represent a new model for the 21st century that is based on fairness and reciprocity. Trump cheered his landmark United States-Mexico-Canada Agreement (USMCA) and the China trade deal, highlighting their potential benefits to Americans.

Abbott touted Texas as having the top-ranked gross domestic product and being the fastest growing economy in the United States because the state follows suit with Trump's “embrace of the value of capitalism.”

“We want businesses to come into the state of Texas. We want fewer regulations; lower taxes, we want to make it easy for businesses to be able to succeed because we understand something in Texas that it seems like some other states do not and that it is when your business succeeds in Texas, we as a state succeed.”

Abbott also praised Trump for promoting such sentiments in Davos instead of “apologizing for American exceptionalism.”

Trump's positive outlook at Davos seems a world away from Democrats in Washington who want to see him removed from office. His impeachment trial proceedings were set to begin later Tuesday with the expectation they will stretch well into the night on Capitol Hill.