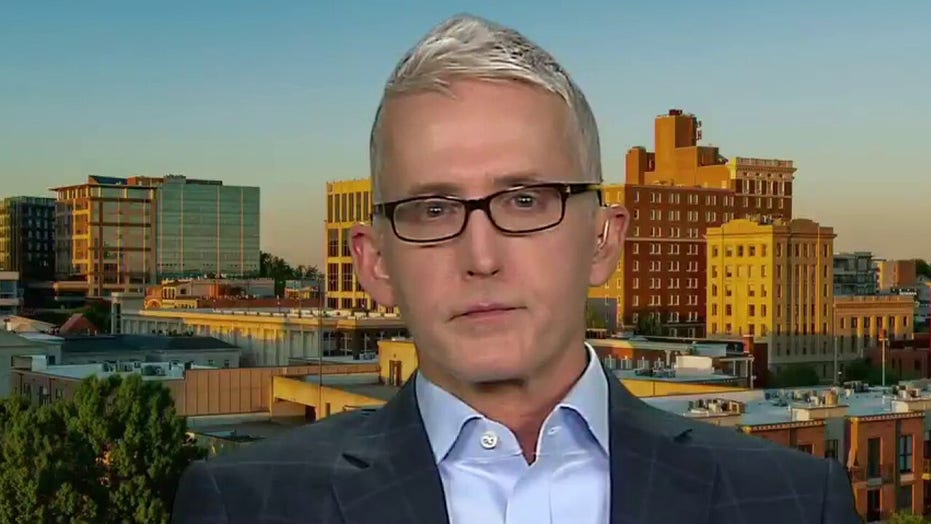 Gowdy: Today was a great day for Bill Barr, a lousy day for Jim Comey

Former House Oversight Committee Chairman and Fox News contributor Trey Gowdy told "The Story" Thursday that it was a "great day for Bill Barr" and a "lousy day for Jim Comey" after the Justice Department moved to end its prosecution former National Security Adviser Michael Flynn.

Host Martha MacCallum told Gowdy that House Intelligence Committee Chairman Adam Schiff, D-Calif., had railed against the DOJ's decision, claiming Flynn was not exonerated and accusing Attorney General Bill Barr of the "worst politicization of the Justice Department in its history."

"I would tell Adam to watch your show and listen in particular to the Jim Comey interview [in December 2018] where the head of the world's premier law enforcement agency is bragging about what he wanted to get away with," Gowdy said.

"I would tell him to go look at Peter Strzok and all of those texts. If that's the FBI that Adam Schiff wants for this country, an FBI head who wants to see what he can get away with, [who] sent an agent to interview Michael Flynn ... because he wanted to," Gowdy continued. "It's just an arrogant head of the FBI full of hubris who wanted to send agents over to mess with Michael Flynn."

Gowdy also railed against Comey over his reaction to the Flynn news, which was also posted on Twitter Thursday.

Gowdy remarked that Comey should "stay the hell in whatever woods he's in on his Twitter profile."

"Look at his FBI -- [Andrew] McCabe, Strzok, Comey, [James] Baker, [Lisa] Page -- which of those is our country suffering from not having in positions of power? We need just a system that everyone has confidence in whether it's a three-star general or a black jogger in Georgia," said Gowdy, who added that Comey should title his next book "How My Arrogance Ruined the Reputation of the World's Premier Law Enforcement Agency."

"It's long, but the book is long -- but that's the next book he ought to write," Gowdy said. "Not one about honor and integrity [but] how his own arrogance and hubris wrecked to the FBI."

Gowdy then reacted to the release Thursday of interview transcripts from the House Intelligence Committee's own Russia investigation.

"I can tell you I was in that room for a year with [Rep. Eric] Swalwell [D-Calif.] and Schiff, and it was the longest damn year of my life," he said. "Every witness would say the exact same thing."

Gowdy recalled that he would ask each witness whether they had any clear evidence that the Trump campaign was colluding with Russia and receiving the same answer.

"The answer was none."