The vice president of the Texas Public Policy Foundation, Chuck DeVore, said Wednesday that Gavin Newsom is “responsible for the policies that have created California’s homeless crisis,” in the wake of the governor blaming Texas for San Francisco’s homeless crisis.

“What you’re seeing here are the words of a desperate man that we should almost feel sorry for," DeVore, who served as a California assemblyman for six years, told “Fox & Friends."

"Governor Gavin Newsom has been in office now for 22 straight years, starting at the San Francisco board of supervisors," he added.

Homelessness has been rampant across the state of California in the past few years and merchants and homeowners have become increasingly vocal. 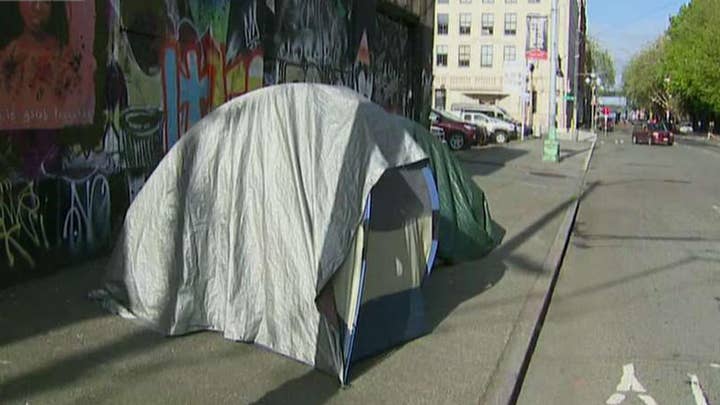 According to Dr. Drew Pinsky and Emily Compagno, who investigated the conditions on Los Angeles' Skid Row, the entire LA basin is at risk for a public health crisis.

“San Francisco has this program where they give bus tickets to people who say they have friends or relatives who take care of them, that can take them in,” Dr. Pinsky said.

DeVore went on to say: “Of the people who go out of the state, the number one destination is Texas for 6.7 percent of the people in San Francisco, they have friends or relatives in Texas that have agreed to take care of them.”

Though San Francisco has more billionaires per capita than anywhere else in the world, its homeless problem has rivaled third-world nations.

In June, San Francisco's Board of Supervisors voted 10-1 to back a pilot program that would allow the city to force people suffering from serious mental illness and drug addiction into treatment. That didn't sit well with liberals who argued that it would be a deprivation of civil liberties.

DeVore said that he decided to leave California because of its "high cost of living [and] very burdensome regulations and taxes."

"There’s more freedom in places like Texas, more opportunity to do what you want to do,” he said.