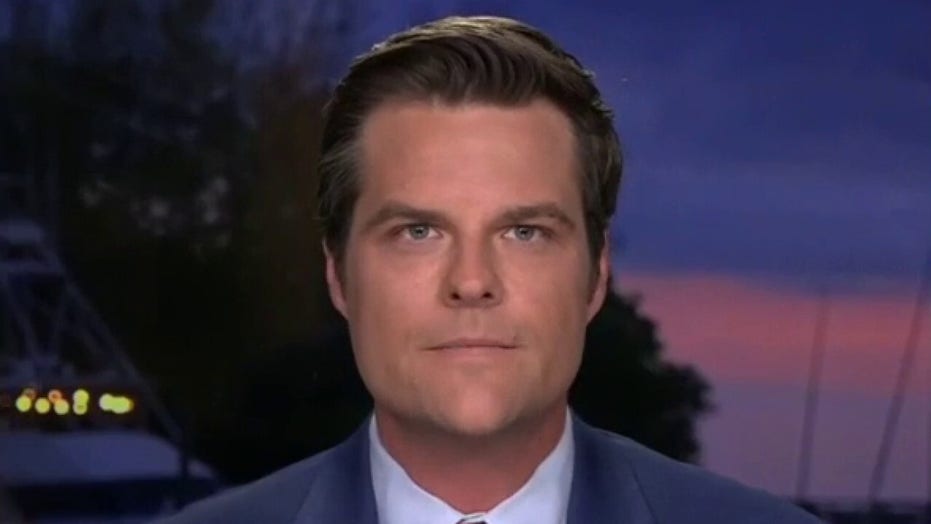 Florida Rep. Matt Gaetz, Republican member of the House Judiciary Committee, is pressuring the Justice Department to halt the use of Chinese-made drones.

"China is massively expanding a Trojan horse spying operation in our country and your local police department may be unknowingly helping them," Gaetz. "The United States Army, the Department of Interior, they've banned their use of these DJI drones, citing vulnerability and potential value for other countries.

OFFICIALS AROUND THE COUNTRY USING DRONES TO PROMOTE SOCIAL DISTANCING

"The Department of Homeland Security wrote a scathing report that said that China specifically goes after local law enforcement," Gaetz continued. "They did so even before the coronavirus so that they can get key information transmitted to the Chinese government. And then our own Department of Homeland Security wrote that this is precisely the type of information we're worried that China might sell to terrorists."

Drones from Shenzhen-based Da Jiang Innovations (DJI) have gone to 43 law enforcement agencies in 22 states to help ensure social distancing guidelines are being followed. In New Jersey, for example, the drones are being used to spy on citizens in places where patrol cars can't go.

DJI has pushed back on claims its drones are used to spy on Americans and said that users can prevent their devices from transmitting data.

"The information that's being collected makes our nation more vulnerable," Gaetz said. "And I believe the attorney general, under the existing authorities he has, under these cybersecurity laws, should immediately ground the entire fleet of DJI drones used by U.S. law enforcement.

"We should not be spied on by our own government and giving the information then to a foreign government that's hostile."