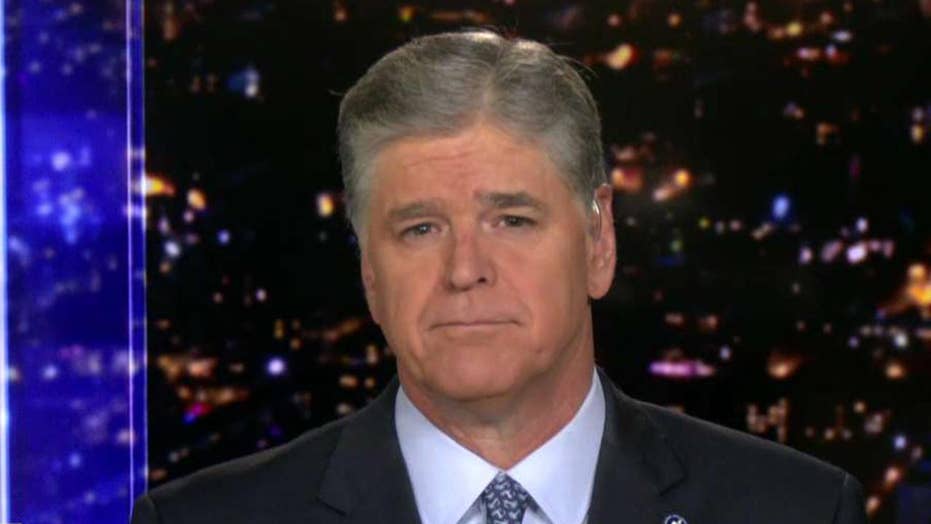 Hannity: Tools of intelligence were weaponized against a private citizen and a presidential campaign

Attorney General Barr doubles down on claims the FBI spied on Trump campaign.

“Once again, Fox News Channel’s team of leading journalists and opinion hosts have led the network to a record-breaking ratings year as the number one network in all of cable for the fourth consecutive year,” Fox News Media CEO Suzanne Scott and President & Executive Editor Jay Wallace said in a statement.

“FNC continues to exert its dominance in cable television as the country experiences what may be one of the most fervent news cycles in history and we are proud to provide our audience with news and opinion they can trust across a variety of programming,” Scott and Wallace continued.

ESPN averaged 1.8 million primetime viewers to finish second behind FNC in the category, followed by MSNBC, HGTV and TBS. The primetime win marks the fourth straight year that FNC topped all of basic cable in both categories.

The most-watched show on ratings-challenged CNN was “Cuomo Prime Time,” which finished No. 24 overall behind 14 different Fox News and nine MSNBC programs.

“Hannity” also finished as the most-watched cable news program among they key demo of adults age 25-54, averaging 528,000 viewers. FNC was the only cable news network to gain primetime viewers compared to 2018.

All data is courtesy of Nielsen Media Research.