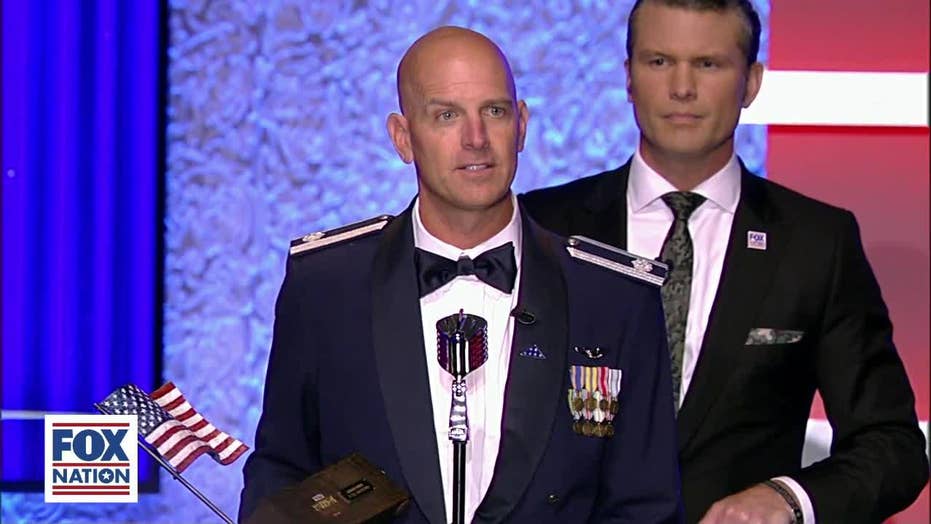 On November 6, Fox Nation held its inaugural "Patriot Awards" in St. Petersburg, Florida to honor everyday Americans, who have shown steadfast dedication to America and have demonstrated patriotic values.

In Fox Nation’s documentary “Godspeed: Folds of Honor Story,” Rooney told Fox Nation about the moment that he felt “the hand of God” and was inspired to start the Folds of Honor Foundation, a charity that provides educational scholarships to spouses and children of American's fallen and disabled service-members.

Lt. Col. Rooney was already serving his country when his life took an unexpected turn as he was returning from his second tour of duty in Iraq and boarded a flight in Chicago.

"The captain comes over the PA and makes an announcement," Rooney remembered in the Fox Nation show. “He says 'Ladies and Gentlemen, we have an American hero on board'… The captain continues his announcement very emotionally and says 'We’re carrying the remains of Corporal Brock Bucklin on this flight, who had been killed in Iraq, and his identical twin brother, Corporal Brad Bucklin is in First Class.'" 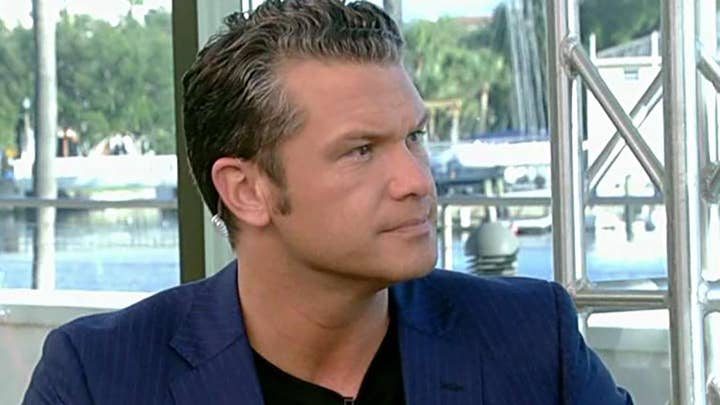 The captain encouraged everyone on the plane to stay in their seats until Cpl. Brock Bucklin's remains were removed from the plane.

“I watched the Bucklin family on the darkest night of their lives,” said Rooney. “Including Brock’s four-year-old son ... I still remember his eyes fixated on his dad’s American flag-draped coffin as it inched from the cargo hold and you realize this young boy is never going to play catch with his dad again.”

Rooney said he watched until the end of the ceremony – only to stand up and realize that more than half the flight's passengers had left, ignoring the captain’s request.

"I was so disappointed to be an American – this is what we’ve come to, right?  People can’t sit on a plane for 30 minutes to honor Brock’s ultimate sacrifice and in that moment of despair I felt a hand on my shoulder," said Rooney.

Rooney said that the moment that he was inspired to found Folds of Honor. 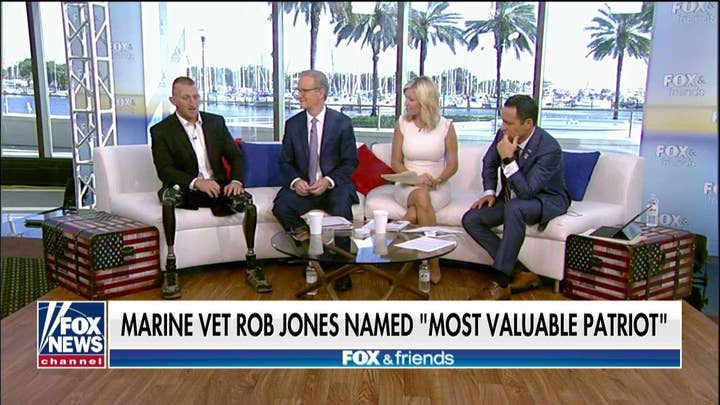 On the stage in St. Petersburg to accept his reward, Rooney said, "The spirit that brings us together this evening is this beautiful and divine irony that when you reach out to help someone you're actually the one being helped... For everybody that is here, everybody that is watching, together we are changing lives, so God bless you and God bless America."

"Fox and Friends" co-host and former reserve military officer Pete Hegseth then presented Rooney with a check for $58,802.62 from Fox Nation to the Folds of Honor Foundation from the proceeds of the "Patriot Awards."

Folds of Honor Foundation told Fox News that Fox Nation's contributions to their organization have reached approximately $150,000, which have gone to help about 30 military families.

“I am grateful for those who honor and recognize the sacrifices that are made by military families.  It helps to not feel forgotten and for others to appreciate our disabled Veterans,”  said Melody Auguston, who is the mother of Andrew Auguston, who is attending Otterbein University.

Folds of Honor sent about 4,500 military spouses and children to school this fall for a total of about $123 million.  Representatives for the foundation noted that there is an unmet need by qualified individuals for another $2.5 million.

To watch the Fox Nation "Patriot Awards" tune into Fox News Channel on Sunday, Nov. 24 at 10 p.m. EST and Monday, Nov 25 at 1 a.m. EST.  To watch "Godspeed: The Folds of Honor Story" go to Fox Nation and sign up today.