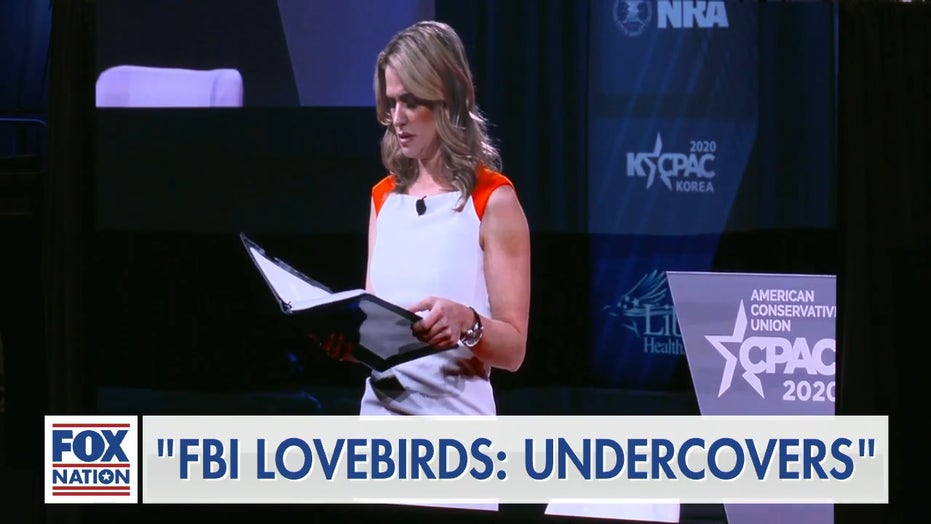 President Donald Trump apparently has given his stamp of approval to a play featuring a dramatic reading of the controversial text messages of former FBI agent Peter Strzok and former FBI lawyer Lisa Page.

"FBI Lovebirds: UnderCovers," was the first play to ever be performed at the annual Conservative Political Action Conference (CPAC), and it is available on-demand on Fox Nation.

Actors Dean Cain and Kristy Swanson played the roles of Stzok and Page, the two real-life former FBI officials who had an affair and exchanged thousands of text messages, many of which denigrated then-candidate and later president-elect Trump, during the 2016 election and in the run-up to his inauguration.

Justice Department Inspector General Michael Horowitz's office exposed the Stzok and Page text messages in the course of its probe into the FBI's handling of its investigation of the 2016 Trump campaign.

Horowitz's report noted that there is no available evidence that political ideology directly influenced the agents' work, but he concluded the officials' behavior was still highly inappropriate. 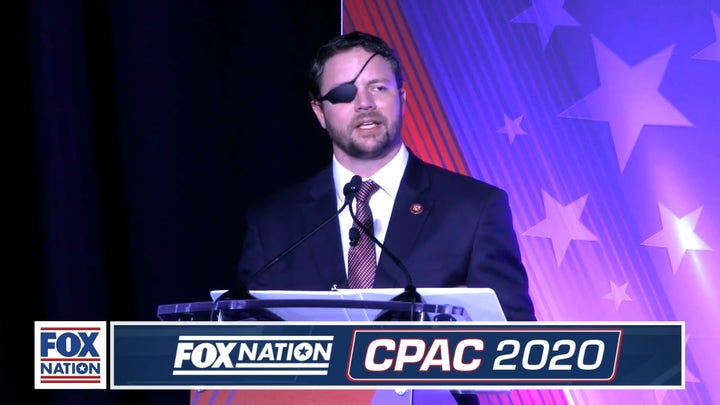 Trump and his supporters believed the Strzok-Page texts were evidence of a Deep State conspiracy to get him out of office. However, the president is apparently a big fan of the play adaptation of the texts.

“We met the president of the United States today in the Oval Office for 40 minutes, today... He loves the play,” Ann McElhinney told the crowd at CPAC during a question and answer session.

Dean Cain added that Trump jokingly offered to be his "understudy."

REP. DAN CRENSHAW AT CPAC: HOW TO ARGUE AGAINST SOCIALISM

McElhinney and Phelim McAleer, Irish documentary filmmakers, co-wrote and produced the performance. Cain is a frequent Fox News guest, best known for playing Clark Kent/Superman in the TV series "Lois & Clark: The New Adventures of Superman." Swanson is best known for her portrayal of Buffy Summers in the movie "Buffy the Vampire Slayer." Swanson also starred in "Pretty in Pink," "Ferris Bueller’s Day Off" and "Big Daddy."

To watch more of CPAC 2020 go to Fox Nation and sign up today.

Fox News' Joseph Wulfsohn and Gregg Re contributed to this report.