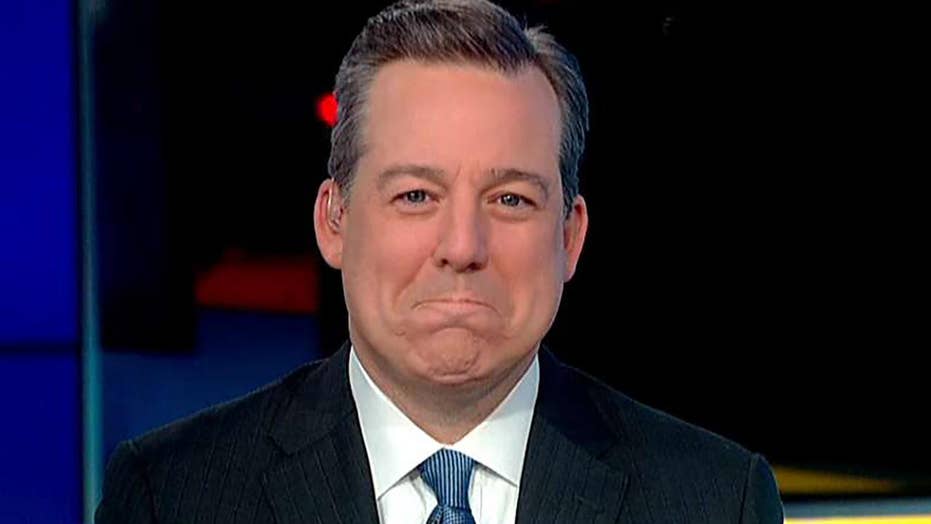 Ed Henry: It 'infuriates' me that NBA stars won't stand up for freedom and America

Fox News' Ed Henry said Friday that NBA stars are disappointing fans because they’re not standing up for freedom in the wake of the recent controversy over Rockets general manager Daryl Morey supporting protesters in Hong Kong.

EX-NBA PLAYER ON LEAGUE'S CHINA CONTROVERSY: POLITICIANS 'SHOULD STAY OUT OF THIS'

Henry responded to a clip showing a Houston Rockets media relations official shutting down a reporter’s question to stars James Harden and Russell Westbrook on Thursday amid the continuing controversy surrounding the NBA and China.

A video posted on Twitter by The Athletic’s Rockets insider, Alykhan Bijani, showed CNN’s Christina Macfarlane asking a question about whether Harden and Westbrook “would feel differently about speaking out” about geopolitical issues in the future due to the fallout from this week, which saw stars and coaches appear uncomfortable answering China-specific questions. The discomfort earned them a public rebuke from President Trump.

The league later said the employee made a mistake by not allowing the reporter's question.

Henry said many NBA players have touted their freedom of speech rights when it comes to criticizing President Trump, but are not doing the same with regard to China.

“But then be consistent and stand up to communist China and they’re not doing it because the NBA makes big money in China,” said the host of Fox Nation's sports-themed "Front Row Seat."