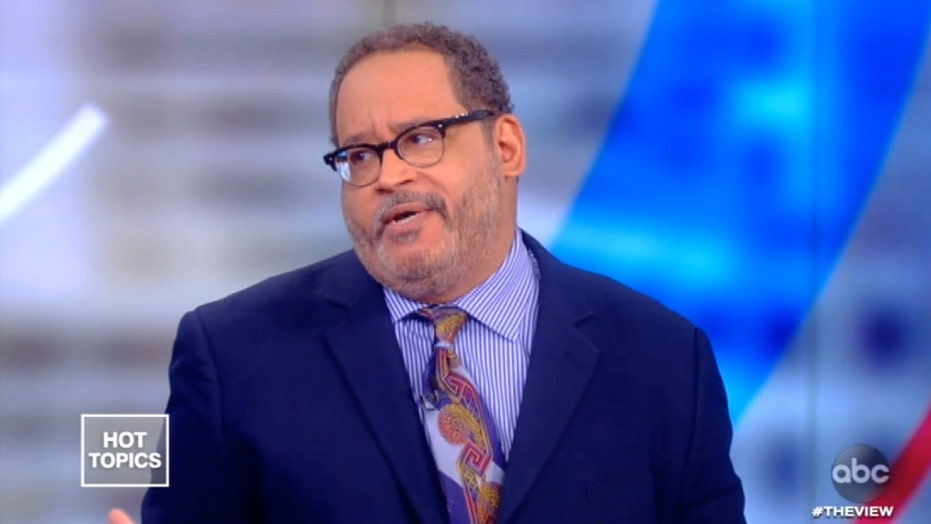 'The View' panelists discuss President Trump's comments at Colorado rally where he slammed the Oscars for naming 'Parasite' Best Picture.

Liberal commentator Michael Eric Dyson attacked President Trump on Friday, arguing that he was racist for pushing for a return of "Gone with the Wind" and criticizing the movie "Parasite."

"The View" showed a clip of Trump arguing at a Colorado rally Thursday that "Parasite" shouldn't have received an Academy Award. He also panned the choice of a South Korean film for best picture.

"What the hell was that all about?" Trump asked.

He added: "Can we get like 'Gone with the Wind' back, please?"

"Yeah, let's get 'Birth of the Nation' back because we don't have enough of that kind of kowtowing and cooning," Dyson said, referring to a movie that's long considered to be racist. "The View" then muted the comments that followed and it's unclear what exactly he said.

Co-host Sunny Hostin took issue with Trump's "Make America Great Again" slogan, arguing that Trump thought America was great in 1939 when "Gone with the Wind" was released. Dyson added that the movie was about "subordinating black people to white folk."

"Gone with the Wind" has come under fire for its depiction of slavery and African Americans.

In 2017, a historic theater in Memphis, Tenn., which had shown "Gone With the Wind" screenings for decades, decided to remove the classic film from its schedule due to its racially "insensitive" content.

At the time, Orpheum Theater President Batterson explained the decision by saying , "As an organization whose stated mission is to 'entertain, educate and enlighten the communities it serves,' the Orpheum cannot show a film that is insensitive to a large segment of its local population."

The wife of late "Gone With the Wind" actor Fred Crane was outraged over the theater's decision to ban the film.

"By making a statement, they are trying to make a problem," Terry Lynne Crane told Fox News at the time. "They are inciting racial division and it's only escalating."