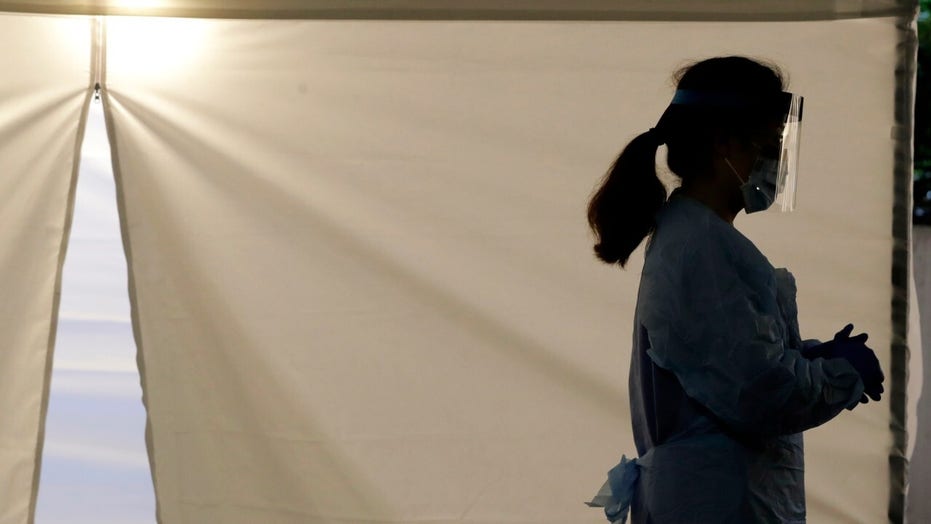 US doctors report inability to get tests for coronavirus patients

Dr. Marc Siegel appeared on "Tucker Carlson Tonight" on Friday where he gave his assessment of the coronavirus pandemic in the aftermath of President Trump declaring a national emergency.

"There's many thousands of cases that have not been diagnosed, possibly because they're mild, but it's not too late to test because we don't have another system we can work with," Siegel said.

Siegel also spoke about the problems hospitals and labs are having, fearing they are exposing their workers to the virus.

"Doctors are being told you don't see these patients. Well, we don't know what to do with them then. And the only thing we have is a test, except you can't actually do the test because the lab, and I just found out this today... they're not going to do the tests," Siegel said. "Tucker, even if they have the equipment, they don't want to put their lab technicians, in my opinion, in the line of fire and be subjected to possible coronavirus."

The solution, according to the Fox News medical contributor, is to do what South Korea and facilities in Nebraska are doing -- drive-thru testing facilities.

"You have to have people dressed up in personal protective equipment like we showed in Nebraska. They have to be doing [it] very carefully. And it's got to be done on a high volume basis anyway," Siegel said. "It can't be contained anymore. But I'll tell you why I want it done."

Siegel said although the virus has already spread, testing is vital to "reassure people who don't have it" and "decrease the panic."

"We have to know who has this so we can protect the people most at risk, even if it's sustained throughout all communities," Siegel said. "I think it is a whopping amount of cases undiagnosed. We still need to know who has it."