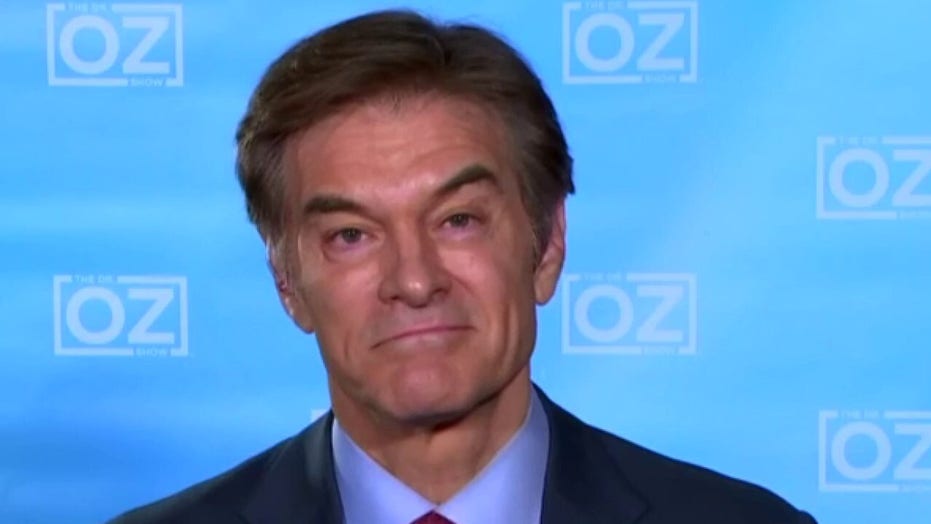 Dr. Oz on benefits and risks of using hydroxychloroquine 'off-label' to treat coronavirus

Cardiac surgeon Dr. Mehmet Oz appeared "Hannity" Tuesday where he once again highlighted hydroxychloroquine to treat against the coronavirus saying he spoke to the lead doctor in France whose study showed benefits of the drug.

"I had the opportunity to interview Dr. Raoult. I was very impressed by him. And I told the vice president today that what he told me at the end of the interview stunned me," Oz said. "He said that he thought it was unethical to withhold this treatment based on what he knew. Again, this is not a fly by night fella, he's very well respected."

The study from doctors in Marseille, France, including lead author Didier Raoult, treated 26 patients with hydroxychloroquine, and six patients were given both that and a drug called azithromycin.  The authors reported dramatic recoveries.

Oz told host Sean Hannity that he was happy to hear from Vice President Mike Pence about the "off-label" use of the drug.

"I was thrilled when Vice President Pence today told me that he was pleased that the FDA was OK with off-label use," Oz said. "Basically, what I'm hearing, I'm hoping getting it right is that although we don't want people using off-label products, if physicians need to take care of their patients. The U.S. government respects that reality."

Oz also warned against taking medicine into your own hands, bringing up a tragedy where a man died after experimenting with what he thought was hydroxychloroquine.

"So we don't want people using this stuff willy nilly. You must talk to your physician," Oz said. "But a lot of doctors here in New York and around the country are getting comfortable with the idea of using this earlier in the course of the treatment of their patients."