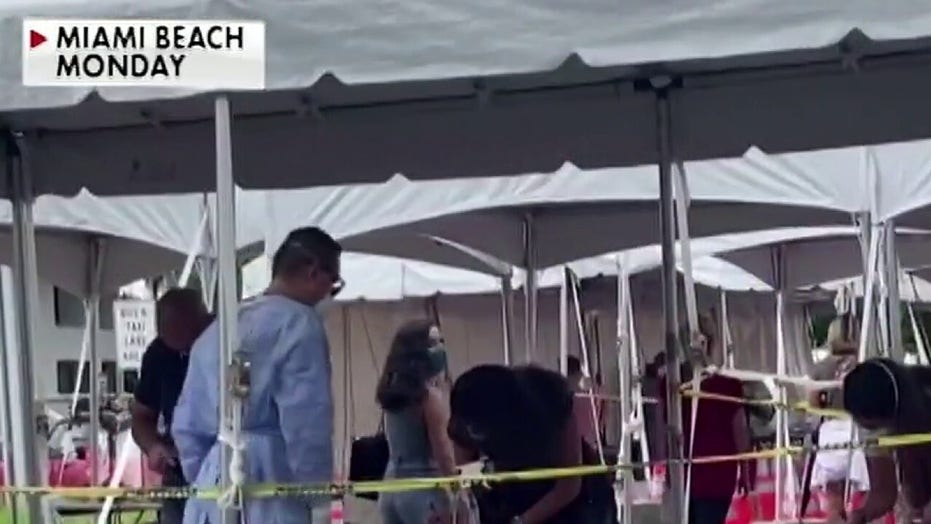 Dr. Charles Lockwood, dean of the University of South Florda's College of Medicine, told "The Ingraham Angle" Tuesday that "it's pretty clear" that the state's current increase in confirmed coronavirus cases doesn't come close to the catastrophic effect of the virus on New York and New Jersey.

"For one thing," Lockwood told host Laura Ingraham, "our case fatality rate -- that's the number of deaths over the number of cases -- is 1.5 percent. In New York City, right now, it's 10 percent. So that's a huge difference there."

Lockwood acknowledged that while Florida's case count has increased "sixfold since June 10," neither the number of hospitalizations nor the number of deaths have kept pace.

"Deaths are definitely a lagging indicator," said Lockwood. "But we should now be seeing a much higher case fatality rate. It has been predicted that our fatality rate would kind of do a 'U' and be heading back up. It's not. In fact, today in Hillsborough County [where Tampa is located], our case fatality rate was 0.9 percent.

"That's the lowest, I think, in the United States."

On Tuesday, the Florida Department of Health confirmed 9,261 confirmed cases in Florida residents, the first time since July 9 the number of new cases had dropped below 10,000. They also reported 132 additional deaths from COVID-19, the highest number in that category since July 9.

"We are picking up asymptomatic cases, [and] picking up milder cases than we did before," Lockwood said. "When you test this number of people, thousands and thousands -- really, if you think about it, we are approaching one percent of the population in Florida being tested every day."