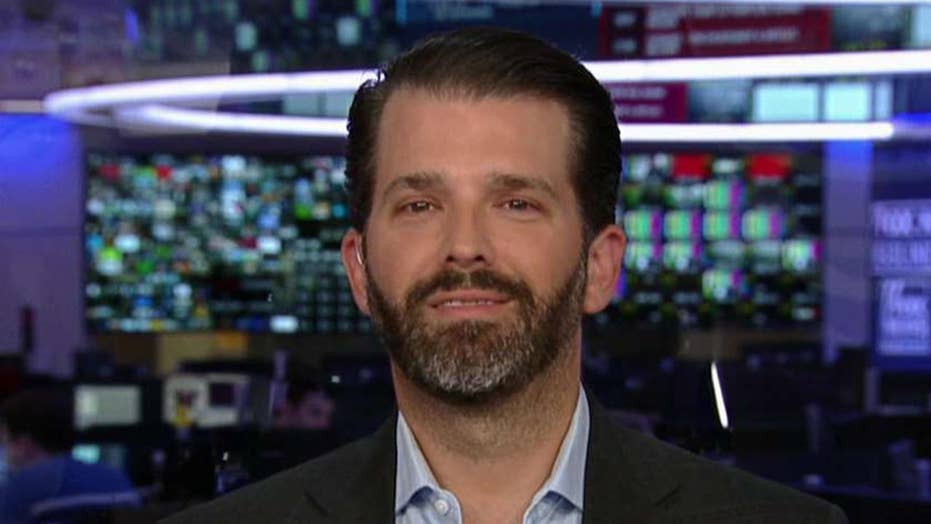 Don Jr.: Impeachment is the only thing Democrats have

"The United States concedes our leverage and in exchange, China makes vague, unenforceable promises it never intends to fulfill," he said.

On "Hannity," Trump Jr. defended his father's accomplishment, telling host Sean Hannity that Schumer has been in Congress for many years and achieved nothing on the trade front. 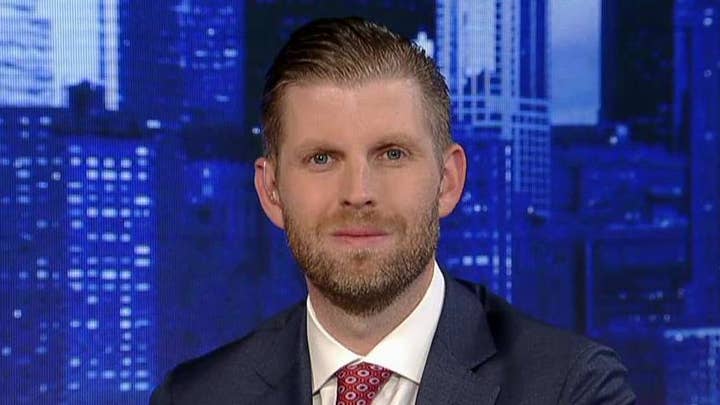 "I will give Chuck Schumer the benefit of the doubt and say he knows nothing about trade," Trump Jr. remarked. "Because that's probably being generous."

"He's knocking this [deal] while sitting in the Senate for decades doing nothing to improve American jobs, having done nothing to stop IP [intellectual property] theft."

Schumer was elected to the Senate in 1998, defeating Republican Alfonse D'Amato.

Trump Jr. told Hannity that Schumer's comments are just one example of the "unprecedented Democratic resistance" the president has faced while in office.

"You see the nonsense from Nancy Pelosi today. She has to say about seven times, 'This is permanent. the impeachment's permanent,'" the president's son said. "That's all it is. It's just optics, Sean. It's the only thing they have been able to do to Trump while he's fighting for Americans."