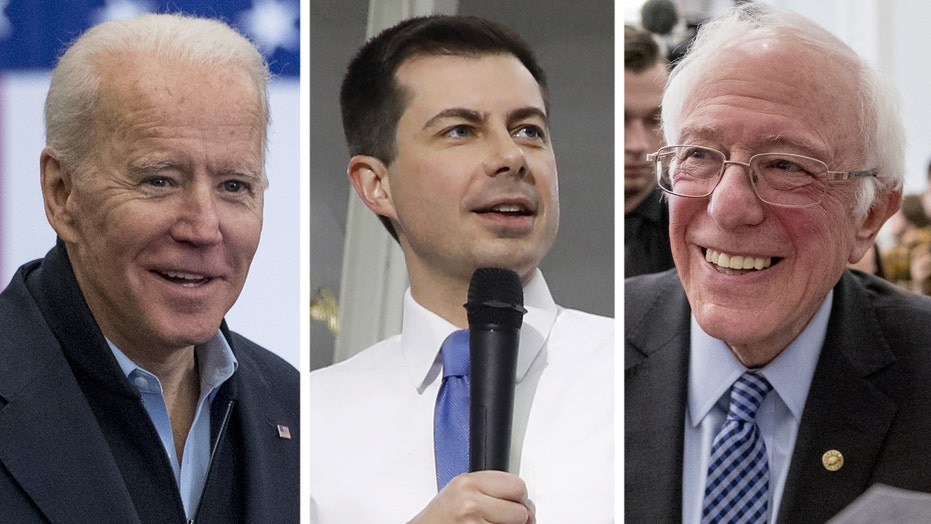 Senior political analyst Brit Hume Chris Wallace host of 'Fox News Sunday' break down what they expect to see the night of the primary and what it could mean for the candidates moving forward.

The Democrats are such a mess at the start of their presidential primaries, experts say it's hard to find anyone offering the beleaguered political party safe harbor, even in its friendliest media ports.

The New York Times declared that the Iowa Caucuses were an “epic fiasco for Democrats” that “demoralized” the party. In a separate piece, Times columnist David Leonhardt admitted it was a “rough week for Democrats” when Trump was acquitted on the heels of the Iowa debacle.

Recent headlines published by the Washington Post opinion section include “Democrats might be undecided for a long time,” “Biden is the most electable candidate, just not right here or right now,” “Enough of the quadrennial bed-wetting, Democrats,” “There are two Joe Bidens, the wrong one is running for president” and “No, Pete Buttigieg and Joe Biden are not ‘centrists.’”

Meanwhile, MSNBC has been accused of favoring moderate candidates over Bernie Sanders and the ratings-challenged CNN has panned Biden’s struggling campaign.

DePauw University professor and media critic Jeffrey McCall said the function of journalism is to “provide news consumers with a picture of reality” but the current reality is loaded with various issues related to the stumbling Democratic Party.

“Some of the historically left-leaning mainstream media outlets have become more aggressive recently in their coverage of Democratic Party troubles. This has to be done for these media outlets to maintain any sense of credibility."

“It would seem that some of the historically left-leaning mainstream media outlets have become more aggressive recently in their coverage of Democratic Party troubles. This has to be done for these media outlets to maintain any sense of credibility,” McCall told Fox News. “The news coverage just has to reflect the real struggles associated with the Iowa caucus counts, the relatively low debate ratings, confusion on debate rules, Biden's lackluster campaign, and so on.”

McCall said the aggressive posture on mainstream reporting of Democrat challenges “isn’t a reflection of an ideological shift,” but “rather just a reflection that they have to report what even casual news observers can see with their own eyes.” 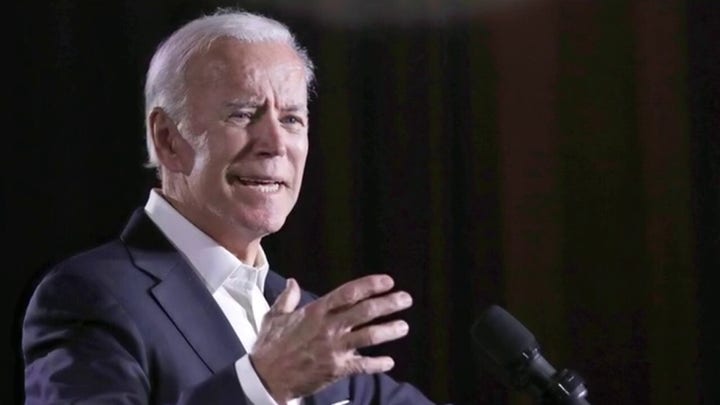 The Hill media reporter Joe Concha told Fox News that the current landscape is like 2016 all over again because liberal outlets didn’t make necessary changes.

“Perhaps the New York Times — which hasn't endorsed a Republican presidential candidate since 1956, and the Washington Post — which has never endorsed a Republican presidential candidate ever — would have seen this coming if they actually had a few more columnists supportive of the president in their opinion sections... and a few more reporters who share less of their feelings and more of the facts on the ground from places outside of Washington, D.C.,” Concha said.

Conservative strategist Chris Barron says the “mainstream media will fall in line behind whichever candidate the Democrats nominate” but journalists and pundits will continue to favor their preferred candidates in the meantime.

“This is likely only going to get worse should Bernie Sanders win in New Hampshire."

“This is likely only going to get worse should Bernie Sanders win in New Hampshire tonight, The New York Times, CNN, MSNBC and the rest of the corporate media will unload a dump truck full of anti-Bernie material,” Barron told Fox News.

CONTROVERSIAL FILM 'THE HUNT' GETS GREEN LIGHT, SET FOR MARCH RELEASE AFTER DELAY

Media Research Center director of media analysis Tim Graham pointed out that “journalists overwhelmingly vote Democrat” so this is an “internal matter” to members of the mainstream media.

“They have all the same freak-outs about who can beat Trump in November. Try to imagine them in the middle of an Iowa caucus location, debating who has the least flaws. That's how they sound on TV,” Graham told Fox News. “We definitely noticed when the Washington Post editorialized on Sunday that all of the current candidates are taking positions noticeably to the left of President Obama. In any election cycle, this is their nervous phase.”

Graham also predicted that networks and newspapers will “rally around the winner” once the Democratic electorate decides on a nominee, but liberal media-on-Democrat attacks typically slow down around this point.

“Usually, the toughest investigative journalism on Democrats is over by this time in the cycle. The roughest Hillary stories came before New Hampshire, the roughest Obama stories, too. Once someone proves themselves viable with Democrat primary voters, the scrutiny just magically seems to get softer,” Graham said.

Graham pointed out that NBC News’ Chuck Todd proved this theory on Monday by admitting that a current “B-level” candidate will “feel like an A-level person candidate at some point” despite the field having a lack of star power.

“Nothing has been learned by many in political media because, like most of the Democratic candidates themselves, emotion is clouding the reporting, the message."

While many expect the mainstream media to eventually support whoever is on the ticket in order to help defeat President Trump, Concha doesn’t think civility will suddenly emerge overnight.

“Nothing has been learned by many in political media because, like most of the Democratic candidates themselves, emotion is clouding the reporting, the message,” Concha said. “It's a hot mess and will only get worse if it appears we're heading to a brokered convention, which will be even more revealing around who is rooting for and against whom.”