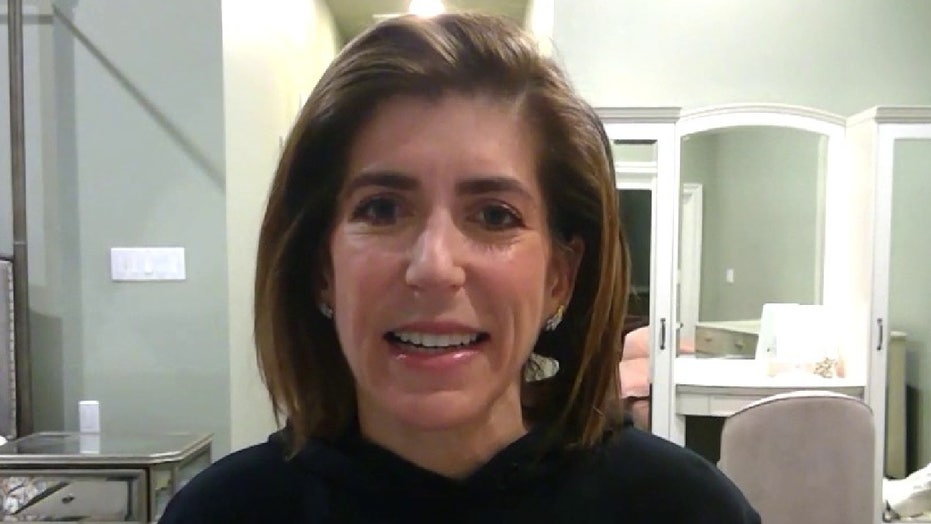 Survivor Corps founder Diana Berrent on the launching her group to help find a coronavirus cure.

"I was at a meeting on Monday, March 9, where ... I later found out, several of the people who were at that meeting had been at a conference in the previous days, in very early March in the city at the Sheraton Hotel, where there had been an outbreak," Long Island resident Berrent recalled.

"No one went into the meeting intentionally knowing at that point they weren't symptomatic. But everyone at the meeting did get infected," she continued. "There were only eight of us, which is under the 10 recommended [by the CDC], just important to keep in mind. And there were people who I had only met a couple of times before. So [it] wasn't social. There was no sharing of food or anything else.

"But everyone did contract it. And one person has since died a couple of weeks ago."

Unaware that she had been infected, Berrent returned home to her family. Four days later, she began to feel symptomatic.

"I woke up on the morning of Friday the 13th ... and there was nothing subtle about it. I had blisters in the back of my throat. I had at least 102[-degree] fever and I had a respiratory infection. I felt like I had an anvil on my chest," she said. "The first thing I did, and I thank goodness for this every day, is within 15 minutes of waking up with those symptoms, I grabbed my laptop and a couple of other things and I went into my bedroom and I stayed in self-isolation.

"Other than leaving to go get tested, I didn't leave the four corners of my bedroom for 18 days," said Berrent, who added to host Dave Anthony: "I think that there's an overriding civic duty to make sure that if you are infected, the infection stops at you so that you're not responsible for the continued spread."

Berrent was initially unable to secure a coroanvirus test due to lack of availability, and required the help of Democratic Congressman Tom Suozzi. After testing positive, she saw a window of opportunity and spent her time in isolation launching an organization to help others affected by the virus.

"They had this sort of 'Ah-ha!' moment realizing that... I'd be one of the first survivors. And with that came both the responsibility, but also an incredible opportunity."

"They had this sort of 'Ah-ha!' moment realizing that ... if all went well, I'd be one of the first survivors," Berrent said. "And with that came both the responsibility, but also an incredible opportunity.

"I have no science background, no public health background, but I remember just enough of my 10th-grade biology to realize that I would come out with antibodies and those antibodies could potentially provide immunity. And if we could gather together, you know, I might have an individual sort of superpower in my blood at the end of this virus. But there were going to be thousands to come after me. And if we could mobilize as a massive movement, that we could have incredible power," explained Berrent.

"What Survivor Corps really has done is we have issued a call to arms, literally arms, because inside the arm of every COVID-19 survivor is the antibody with plasma that will help lead us to a cure," she explained. "And so we are mobilizing an army of volunteers to go out, to donate their plasma, to donate their blood, to participate in every research trial program that is going on from the scientific, medical and academic community."

"We're seeing [that] the more virus you are exposed to, it looks like the sicker you get," she explained. "So, if we can inoculate those individuals with a boost of antibodies, it could really protect them in the long run."

"It really has the direct potential to save, they say, three to four lives per donation."