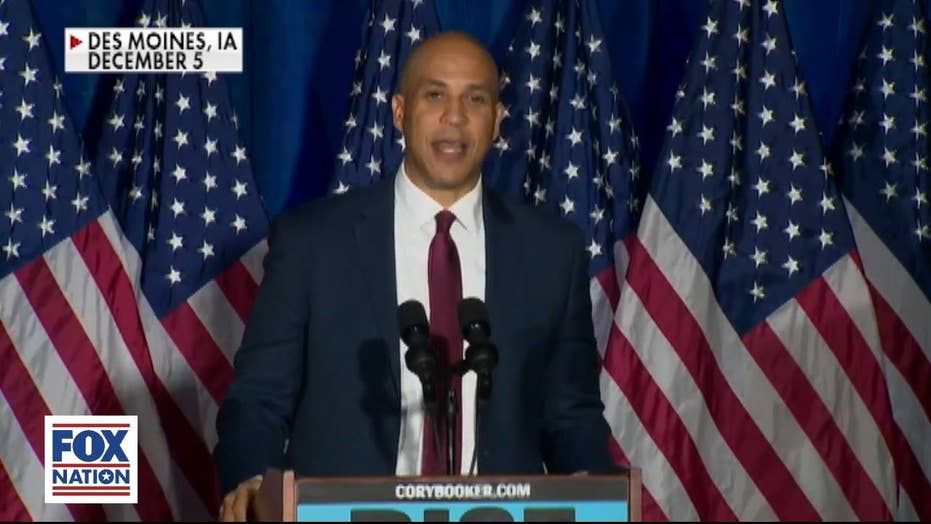 Fox Nation's 'What Are The Odds?" breaks down 2020 primary polling

Democratic presidential candidate Sen. Cory Booker made an impassioned plea for his struggling candidacy before a crowd in Des Moines, Iowa, on Thursday, critiquing the current Democratic field as having "more billionaires in it than black people."

On Fox Nation's brand-new show "What Are the Odds?" pollster Kristen Soltis Anderson spoke with co-founder and president of RealClearPolitics Tom Bevan about Booker's remarks and the state of the Democratic presidential primary race.

"Do you think Cory Booker's last-minute push here to say, 'Look, support me so that we can have diversity on the stage?' Do you think this is going to resonate with some Democratic voters?" Soltis Anderson asked.

"I think it does," said Bevan. "I think we've seen this not just from Cory Booker, but from some other Democrats that say, 'Gosh, do we really want just six white people on the debate stage? You know, when we had this great field of diverse candidates and now they're all gone.'"

Booker's Iowa speech followed the announcement from Sen. Kamala Harris, D-Calif., on Tuesday that she was dropping out of the 2020 race. The only two minority candidates remaining in the race are Booker and former Housing and Urban Development Secretary Julian Castro, neither of whom have yet qualified for the next Democratic primary debate.

“What message is that sending," Booker said in Des Moines, "that we heralded the most diverse field in history and now we’re seeing people like [Sen. Harris] dropping out of this campaign not because Iowa voters had the voice? Voters didn’t determine her destiny."

Bevan, however, warned that Booker's appeal for diversity may not be enough to carry him through the primaries. 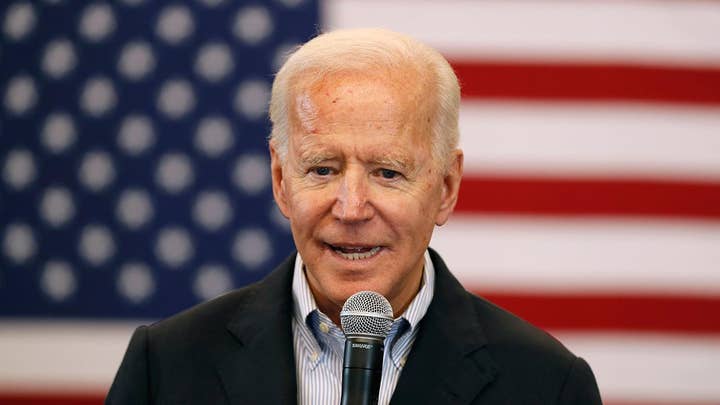 "I think that speaks to the process. I'm not sure it's enough to win him the argument to win the nomination," he said. "Cory Booker is one of those people who has had trouble... getting traction... He thinks this is sort of giving him a rationale, I think, to make this push here in the final 60 days before Iowa votes."

Soltis Anderson said that an Ipsos-Daily Beast poll conducted in June showed that a vast majority of Democrats -- 82 percent -- said that they believe it is most important for their party to nominate a candidate to beat President Trump, 40 percent said they cared most about nominating a woman, and 38 percent said their priority was to nominate a minority candidate.

"They want someone who can beat Trump," Bevan said. "Cory Booker has to make that case, as well."

Turning to the wider Democratic field, Soltis Anderson questioned if the former vice president and national Democratic presidential primary frontrunner Joe Biden is running the risk of losing touch with a key element of the so-called "Obama Coalition" -- young voters. 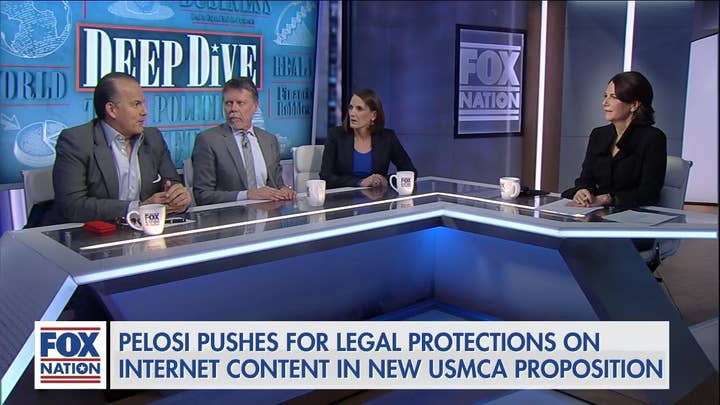 "Joe Biden does not do particularly well with young Democrats," she said, citing a Quinnipiac University poll from November. "But he does extremely well with older Democrats."

"His 'No Malarkey' bus tour seeming to really double down on his strong support among older Democrats," Soltis Anderson continued, referencing Biden's eight-day, 18-county Iowa tour, featuring a bus emblazoned with the phrase "No Malarkey."

"Is he actually putting himself at risk if in 2020, if he is the nominee? Might young voters sort of stay home and not turn out?" Soltis Anderson asked.

"That's a real possibility," Bevan said. "We did see [young voters] turn out in record numbers in 2018. So I think Biden's just making the bet that they're going to come along."

"I think Biden is right to focus on where he's strongest," Bevan added. "He's got to play to his strengths. He's got to turn out those voters... But he does run a risk of being a guy who's not going to really excite them in the general election."