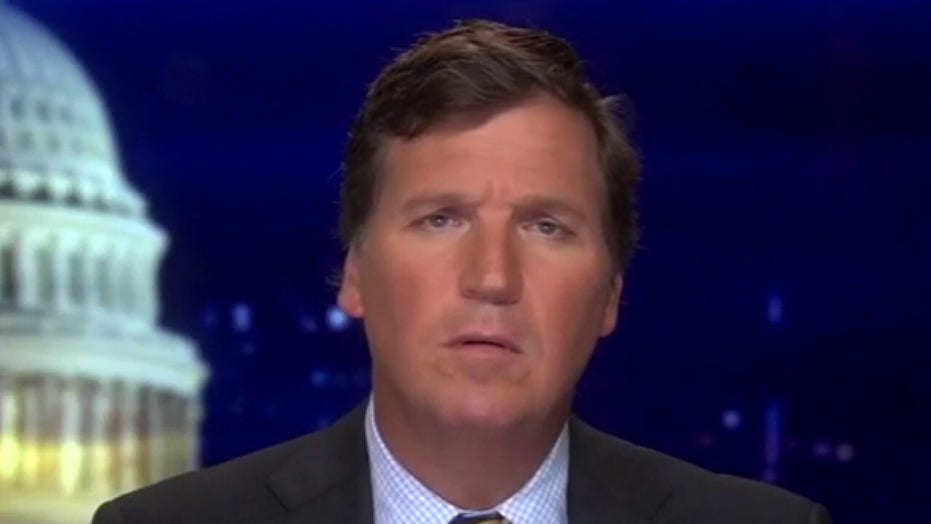 Tucker: Why would America's media take China's side amid coronavirus pandemic?

Once the coronavirus crisis passes, we'll need to starting treating China like the dangerous, Cold War-level adversary it has clearly become.

Tucker Carlson urged American leaders to reevaluate the country's relationship with China Tuesday, calling Beijing an "imminent threat" to the American way of life as the coronavirus pandemic continues to impact the country.

"Pandemics are inevitable. We should accept that. But our responses to them are not inevitable. Nobody forced us to outsource the production of essential medical supplies to China. Our leaders did that and they did it on purpose," Carlson said on "Tucker Carlson Tonight" Tuesday. "They don't want to talk about it now at all. But they did it and it was a crime."

US DRUG INDUSTRY AIMS TO WRESTLE BACK MANUFACTURING FROM CHINA

Carlson said although the U.S. will try to function as is it did before the outbreak, now is the time to change our relationship with the communist country "for our own sake and for the sake of our children."

"We need to move essential manufacturing back to the United States. It's crazy not to," Carlson said. "More broadly, we need to start treating China like the dangerous Cold War-level adversary it has clearly become."

"China's Third World health practices played a central role in this disaster. The virus grew to a pandemic because Chinese officials silenced health authorities in that country who tried to warn the public about it," Carlson added. "Even now, the Chinese government is determined to crush any unsanctioned reporting from the country."

The host also called China an "imminent threat to the United States" before blasting pundits and other members of the media.

"Amazingly, our ruling class is taking China's side. And that, again, is the good news about a crisis that clarifies things," Carlson said. "You can see exactly what side people are on. Now, some of our leaders do this on purpose because they're getting rich from China. Maybe the media are just too dumb to know the difference."

Carlson praised President Trump for not backing down from describing the virus as "Chinese", pointing out that China knows how to manipulate the American system.

"We need to be honest about what the problem is and we need to work as hard as we can to fix it."