New York gubernatorial candidate Lee Zeldin bashes President Biden over his handling of the COVID pandemic on ‘The Ingraham Angle.'

U.S. Rep. Lee Zeldin, R-N.Y., appeared on Fox News’ "The Ingraham Angle" on Tuesday night, where he claimed the Democrats’ coronavirus response has been a heavy-handed list of restrictions such as mandates and lockdowns.

The congressman – who’s looking to be elected New York’s governor next year -- claimed the Republicans’ trust in people making their own decisions and exploring such possibilities as natural immunity might be a better path forward as the nation continues to grapple with the deadly outbreak.

U.S. REP. LEE ZELDIN, R-N.Y.: First, you have to value freedom. You have to respect that people are smart enough to make their own decisions, talking with their own doctors.

The left has run out of ideas so they’re talking about mandates, lockdowns, threats, fines, firings, instead of talking about early access to advance treatment and therapeutics -- following science as opposed to having the science follow the politics.

As we’re getting new information out from omicron -- as we saw in South Africa and the same thing playing out here -- the data, the facts, the science, the truth is telling us that the peak time may be narrower, that hospitalizations are lower, the reactions are milder.

Yes, it’s contagious but the reactions might even be more milder [sic] than the mild prediction that people are making.

Let’s also look at the science behind natural immunity. People have gotten COVID and there’s now research that’s out that says that their body has a certain level of immunity to the virus.

It’s being studied by scientists as to whether or not that level of protection may be more than if you get vaccinated. 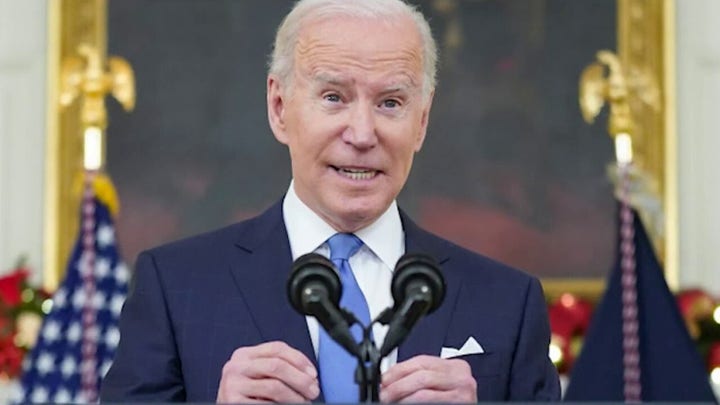