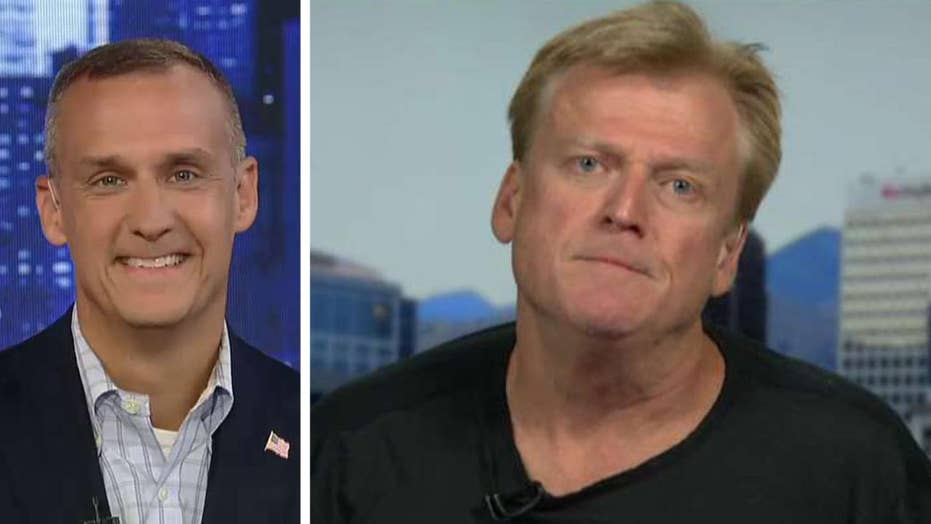 Speaking on Fox News' “The Story” with Martha MacCallum, Lewandowski, who was mentioned several times in former Special Counsel Robert Mueller's report on the Russia investigation, weighed in on Byrne’s resignation after 20 years at the company amid his ties to a government investigation related to the 2016 presidential election.

Last month, Byrne disclosed he was involved in an FBI probe of Russia and admitted he had a relationship with Maria Butina, who pleaded guilty last year to conspiracy to act as a Russian agent without registering with the Justice Department.

Byrne said Thursday on “The Story” he had helped federal officials with investigations twice in the past, including to “help them take down people on Wall Street.”

Earlier Thursday, in an interview on Fox Business’ “Varney & Co.,” Byrne said the investigation was “all about political espionage” and that he thought “we are about to see the biggest scandal in American history.”

Lewandowski responded to Byrne’s announcement and his interview with MacCallum saying, “it may have been the craziest interview I have ever seen in my life.”

He went on to say, “I have been unfortunately knee-deep in this investigation.”

He continued, “I’ve testified in front of the House on two separate occasions, the Senate already, the Mueller investigators. Never had I ever heard of this individual, never has he even been brought up in conversations. He clearly had nothing to do with the campaign and if he was somehow involved with this former Russian spy, she was likely using him as a source for information.”

"Never had I ever heard of this individual, never has he even been brought up in conversations. He clearly had nothing to do with the campaign."

During Byrne’s interview on “The Story,” he claimed he received “fishy” orders from former FBI official Peter Strzok and carried them out in 2015-2016.

Strzok was removed from Mueller's investigation over anti-Trump text messages he traded with his mistress, Lisa Page. He was fired from the FBI in August 2018.

Byrne claimed people whom he characterized as “the Men in Black” came to him and asked him “for this third favor.”

He told MacCallum he didn’t know exactly who had sent the orders, but he carried them out.

“Last summer, watching television and some congressional hearings, I figured out where these orders came from. They came from a guy named Peter Strzok," Byrne said, adding the names of other individuals, who MacCallum pointed out also worked at the FBI.

In response, Lewandowski said, “This seems like a lot of black helicopters flying around this guy's world, things that he can’t talk about.”

“This seems like a lot of black helicopters flying around this guy's world, things that he can’t talk about.”

He continued, “He said it wasn’t the FBI, but then he kept referencing Peter Strzok, Lisa Page. We know those are bad people. We know that they should have been fired a long time ago, they were part of the Mueller investigation. So I think we should dig deeper on him and I think the Senate should call him before and ask him some questions.”

The House Judiciary Committee has subpoenaed Lewandowski and ex-White House aide Rick Dearborn, as part of its investigation into President Trump's conduct in office.

Rep. Jerry Nadler, D-N.Y., the committee's chairman, said the committee wanted to hear publicly from Lewandowski and Dearborn on Sept. 17 “as part of its efforts to hold the president accountable.”

The Trump administration has been blocking former aides from testifying before Congress.