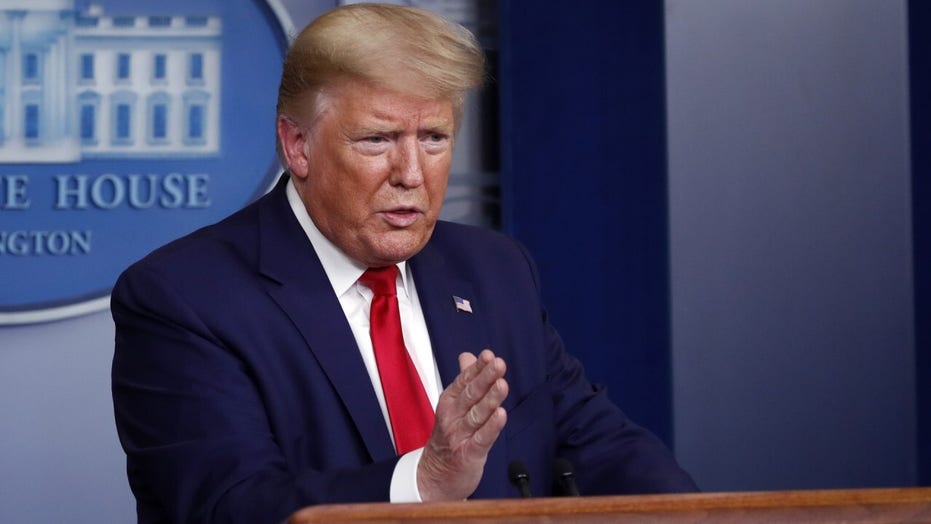 Birx took a moment at the podium to address the "who knew what when" concerns and said all the countries affected by the pandemic can "look back" to develop a timeline but not while "in the middle" of the crisis.

"We can talk about why didn't Italy do something or Spain do something or Germany do something, or we can really say right now -- we all can do something," Dr. Birx explained. "We can do the social distancing and all of the pieces that we know is starting to work around the globe in country after country. And then when we get through all of this, we can ask the questions about could we have done some piece of this better as a global community."

She then pivoted to the apparent errors the World Health Organization (WHO) made leading up to the outbreak in the U.S. as something that should be examined.

"I will remind you that on February 3rd, the head of the WHO said there was no reason to ever do a travel ban," Dr. Birx continued. "It wasn't until January 14th that we knew that there was human-to-human transmission,"

Acosta quickly derailed her observations about WHO to knock President Trump.

"Dr. Birx, the president was saying this was going to go away," Acosta said. "It's April."

TRUMP RIPS CBS REPORTER OVER QUESTION ON KUSHNER'S STOCKPILE REMARKS: 'YOU OUGHT TO BE ASHAMED OF YOURSELF'

Many took to social media to blast the reporter.

"Jim Acosta's interruption of Dr. Birx is an example of how CNN's echo-journalism model is destroying the media's credibility," George Washington University Law professor Jonathan Turley reacted. "Every question from Acosta is an effort to score points rather than elicit information. It is a press pandemic that continues to rage without relief."

Some accused Acosta of attempting to "mansplain" to the female medical expert.

Others pointed out how Acosta interrupted Dr. Birx as she was being critical of WHO, who critics have accused of shielding China amid the outbreak.

"Of course Acosta interrupted Birx as she was making an interesting comment about WHO," Daily Caller reporter Chuck Ross said.

TRUMP SPARS WITH JIM ACOSTA AT CORONAVIRUS BRIEFING: 'THIS IS WHY PEOPLE DON'T WANT TO LISTEN TO CNN ANYMORE'

Acosta has made a name for himself in the Trump era for his hostile exchanges with the president.

However, he is even criticized among his White House press corps colleagues. In his new book, ABC News correspondent Jonathan Karl knocked his CNN counterpart, accusing him of "playing into the explicit Trump strategy of portraying the press as the opposition party."

"The surest way to undermine the credibility of the White House press corps is to behave like the political opposition," Karl wrote. "Don't give speeches from the White House briefing room."