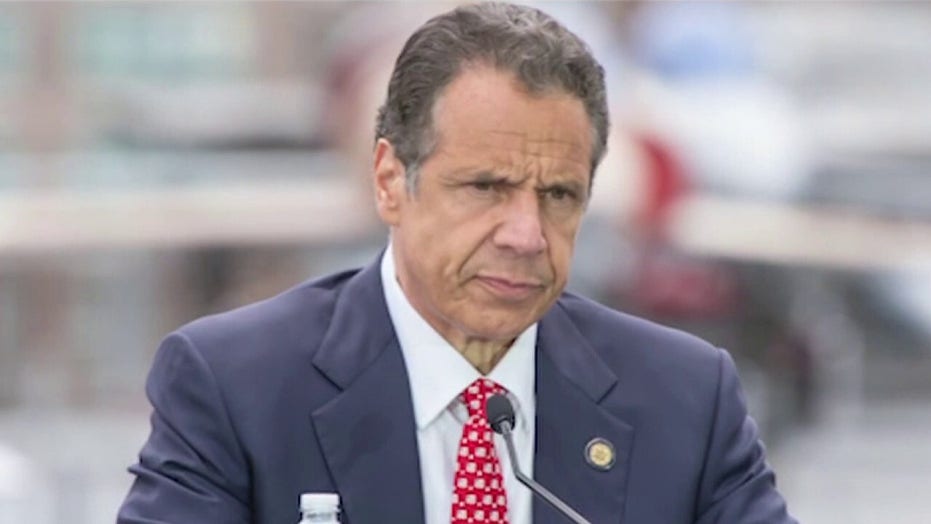 CNN news anchor Chris Cuomo is facing intense backlash for showering his brother, New York Gov. Andrew Cuomo, with praise and admitting to his viewers that he is "not objective."

The series of interviews between the low-rated "Cuomo Prime Time" host and the Democratic leader of New York has long been seen as a major conflict of interest throughout the coronavirus outbreak, especially over the past several weeks as scrutiny over the governor's handling of nursing homes in his state intensified.

However, what critics have called unethical journalism reached new levels as the CNN anchor openly expressed his admiration for his brother's leadership.

Cuomo then spoke about how proud their father, the late former New York Gov. Mario Cuomo, was of his politician son.

"Everything that he had ever said about public service is what you demonstrated right here and right now during this period when your state needed it most," Cuomo told the governor. "I just hope that you recognize even what I'm able to recognize... I hope you are able to appreciate what you did in your state and what it means for the rest of the country now and what it will always mean for those who love and care about you the most."

The governor thanked the anchor for the "sweet talk."

Shortly after the interview ended, Cuomo reiterated to his viewers, "He's my big brother. I love him. Of course, I'm not objective, but let's call it straight. Look at the state, look at the numbers... Yes, he's my brother. There's no question. I can cry about it in a second, but the results are there for all to see. Was it perfect? No, you tell me what is, but look at the state our country's in. And if you don't think this is going to be reflected in what happens in November, then you haven't been paying attention."

Cuomo later doubled down on his praise for his brother while sharing a clip of his remarks on Twitter, writing, "Not objective but true, the facts tell the story. NY had & has its struggles but they're doing way better than what we see elsewhere & no way that happens without the Luv Guv dishing the real 24/7. He works with relentless intensity & NY's better for it. And as a brother, I am proud."

The CNN anchor was widely-panned for the love fest he displayed on-air.

"This might be the most unethical thing put on news network in modern history," conservative commentator Stephen Miller reacted. "And they all know it. People like @jaketapper just turn the other cheek and play the part Jeff Zucker wants them to play. Pretend they aren’t a part of this."

"This is pure propaganda. NY did worse than any state in the country. It’s not even particularly close. And a big part of that can be traced directly to the policies of Andrew Cuomo," writer AG Hamilton tweeted.

"CNN is not a legitimate news organization. If you work there you should be embarrassed by this," Daily Caller reporter Chuck Ross wrote.

"This has been an issue for some time now, but it's getting way out of hand," journalist Yashar Ali weighed in. "The Governor isn't facing a critical line of questioning...I don't blame Chris, that's his brother. But that's why he shouldn't have been allowed to go on his brother's show after the 1st or 2nd appearance."

"Only four countries (including the U.S.) have as many Coronavirus fatalities as the state of New York," Reason editor at large Matt Welch said.

"It's nice that there's really no debating at this point whether CNN's 9 pm hour is an extension of Andrew Cuomo's political machine," Daily Caller investigative editor Peter J. Hasson wrote.

"Nursing homes. People died there, they didn't have to, it was mismanaged and the operators have been given immunity. What do you have to say about that?" the CNN anchor asked.

"Several statements that are not correct, but that's OK. It's your show, you say whatever you want to say," Gov. Cuomo jokingly reacted.

He claimed that New York was "one of the best cases in the nation" for deaths in nursing homes, citing an apparent report from The New York Times that showed the state was "35 out of 50" and his own study that ranked his state at "37," adding that "comparatively" his state did well.

The Democratic leader went on to acknowledge that "roughly 38 percent" of deaths in New York were senior citizens and said he was determined to figure out "how to do a better job" if the virus comes back.

Through much of the coronavirus outbreak, there has been growing scrutiny over the Democratic governor's order in late March that forced nursing homes to accept patients who tested positive for coronavirus, despite testing deficiencies for both residents and staff. Cuomo signed an executive order on May 11 reversing the policy, stopping hospitals from sending infected patients back to nursing homes and ramping up testing for staff.

Roughly 7,900 people have either been confirmed or presumed dead from COVID-19 in nursing homes in New York, according to the state's health department. That equates to approximately 25 percent of all deaths in the state have occurred in nursing homes, per the latest state total from the Johns Hopkins Coronavirus Resource Center.

The "Cuomo Prime Time" host faced intense backlash last month for opting to do prop comedy with huge Q-tips with his brother instead of addressing the nursing home controversy.