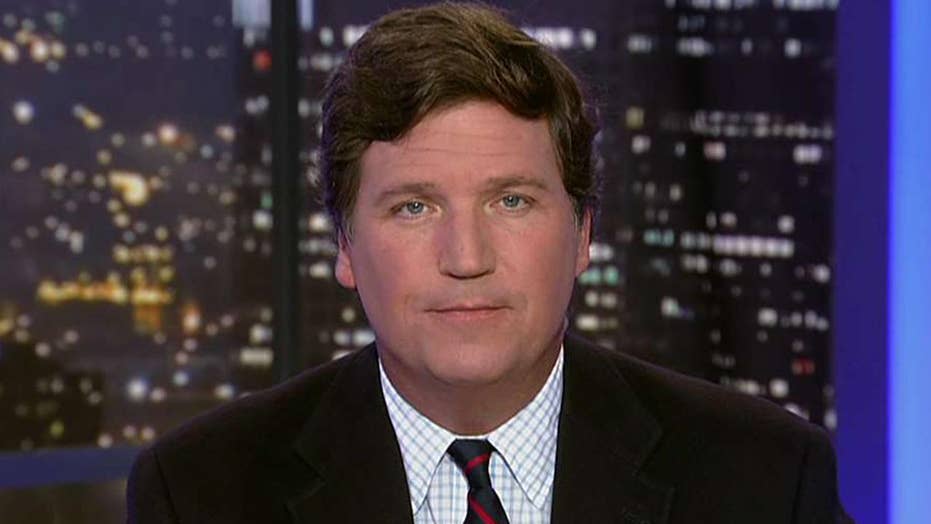 CNN’s in-house media pundits went after ABC’s “World News Tonight” anchor David Muir Tuesday night in a rare attack on the mainstream media, but critics said it may have revealed more about CNN than about ABC News.

Brian Stelter, the host of CNN’s low-rated “Reliable Sources” media show, and his sidekick Oliver Darcy, attacked Muir in their media newsletter for the way the “World News Tonight” anchor conducted himself during an interview with President Trump. Stelter had promoted the interview on Twitter, even bragging about the size of Muir’s nightly audience – but the pundit who has been dubbed media’s “hall monitor” apparently didn’t like what he saw.

“David Muir had an enormous responsibility on his hands,” Darcy wrote before listing off a variety of topics that were in the news when Muir sat down with the president, such as the coronavirus death toll and Trump’s recent tweets.

Cornell Law School professor William A. Jacobson took issue with Darcy’s use of the word “prosecute” in Stelter’s newsletter.

"For [him] to call for reporters 'to prosecute' Trump is revealing, because to prosecute means to seek a desired outcome. Prosecuting Trump certainly is CNN's objective, but journalism should be about obtaining and revealing facts, not achieving predefined results,” Jacobson told Fox News. “This is another reflection of how broken CNN's news operation is."

While Stelter and Darcy were busy criticizing Muir for letting down his viewers, CNN’s Chris Cuomo conducted yet another congenial interview with his older brother, Gov. Andrew Cuomo, D-N.Y. Instead of Chris using his time to ask Andrew hard-hitting questions about his controversial handling of the pandemic in the nation's the hardest-hit state, the siblings largely joked around and poked fun at each other, as has become their custom.

“Do you think that you are an attractive person now, because you’re single and ready to mingle? Do you really think that you’re some desirable single person?” the CNN host asked his brother Tuesday.

The segments have been widely panned and even liberal New York Times media columnist Ben Smith has questioned why CNN allowed Cuomo to interview his brother. Washington Post’s Margaret Sullivan once pondered if “journalism-ethics police” should shut down the reoccurring segment.

Meanwhile, CNN’s critique of Muir didn’t end with scolding the anchor for failing to “prosecute” the president.

“The interview didn't elicit any big news. Muir didn't challenge Trump in any meaningful way. And worst of all, Muir allowed the president to float brazen misinformation with no pushback to his 10 million+ viewers,” Darcy wrote before offering additional criticism.

“Here's an example: Muir asked Trump whether Americans will have access to testing as they head back to work. Trump said ‘they should have no problem’ an answer Muir simply accepted,” Darcy wrote. “Trump then bashed President Obama, claiming that he had inherited ‘broken tests’ from him. Muir didn't push back on this falsehood, only asking Trump what he had done during his term to stock the shelves.”

Darcy apparently didn’t like Trump’s response, and slammed Muir for not “interrogating” him.

“Apparently Muir didn't find that answer -- or lack of an answer -- worth interrogating in any way. Instead of grilling Trump further on why he didn't prepare for a pandemic or pointing out that the Ukraine scandal wasn't a ‘total hoax,’ Muir took the answer and moved on,” Darcy wrote. “Muir's interview left a lot to be desired.”

While CNN claimed Muir didn’t “elicit any big news,” the interview resulted in plenty of headlines – CNN itself has aired portions of the interview. “You have got to hear what the president says tonight,” Don Lemon said when introducing footage of Muir’s interview.

CNN also displayed on on-screen graphic featuring a quote about potential COVID-19 vaccines that Trump gave Muir during the interview.

NewsBusters managing editor Curtis Houck mocked CNN as a “farce of a network” for being upset about Muir’s performance.

“It's beyond parody that CNN thought Muir wasn't tough enough on Trump and have decided to raise hell over his supposed failure. One of the biggest issues with this farce of a network is, they all but demand other news outlets behave and go about their news presentations like they do,” Houck said. “In other words, what CNN wants is partisanship, yelling, relentless snark -- both from chyrons and talent -- making faces, and overall behavior that would resemble that of a juvenile.”

DePauw University professor and media critic Jeffrey McCall told Fox News there “were places Muir could have pushed harder for insight from Trump, but the interview was not a softball.” He added that the ABC News anchor had a small window and made the most of it.

“That CNN saw fit to rip Muir is curious and tells us more about CNN than it does about Muir. A key phrase in the CNN analysis is that Muir had an ‘opportunity to prosecute Trump.’ That attitude suggests a journalistic approach to attack or antagonize the president,” McCall said. “That is different from challenging and seeking clarification. Tough journalism is different from being an adversary. Muir did ask tough questions and challenged the president, but he also maintained a respectful tone as appropriate to the situation.”

It’s unclear if Stelter and Darcy felt the need to attack Muir simply because it would also make Trump look bad, but Mediaite’s Rudy Takala alluded to potential jealousy that Trump hasn’t appeared on the liberal network as a reason for the harshly-worded newsletter.

“Muir pressed Trump on a range of issues, including whether he reacted early enough to the coronavirus pandemic,” Takala wrote. “Several CNN staffers nonetheless panned the interview... Trump has not granted CNN an interview since he became president.”