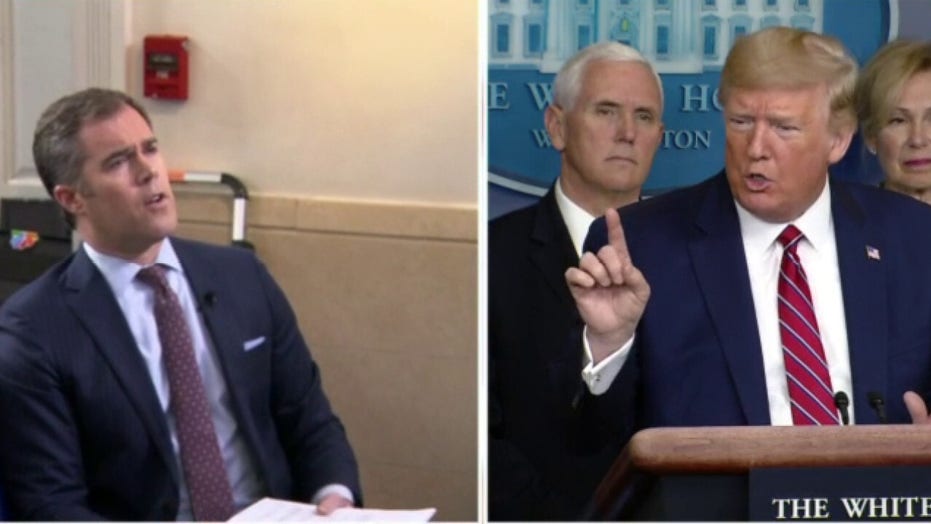 CNN raised eyebrows on Friday over an analysis piece that claimed President Trump was peddling "unsubstantiated hope" amid the national emergency sparked by the coronavirus outbreak.

In the article titled "Trump peddles unsubstantiated hope in dark times," CNN politics reporter Stephen Collinson suggested that the president is being too optimistic in the battle against the deadly virus.

"To fight the coronavirus, President Donald Trump is adopting the audacity of false hope," Collinson began. "For the past two days, Trump has said he is dispensing 'game changer' breakthroughs on treatments and a wartime-style effort to mass produce medical supplies that appear as rays of light amid America's darkening battle against the coronavirus pandemic. His eagerness for remedies no doubt reflects a sincere desire to deliver Americans from the nightmare of lockdowns, fear for loved ones and atmosphere of national trauma."

Collinson then argued that it's "becoming clear" that the president's rhetoric is "an emerging political strategy" since he can't hold campaign rallies, "so he's just moved them into the White House briefing room."

The CNN reporter begrudgingly admitted that "as a political exercise alone, the president's high-visibility strategy appears to be working so far," pointing to a new ABC News poll showing 55 percent of Americans approve of Trump's handling of the outbreak.

"We’re fact checking hope now," conservative commentator Stephen Miller said. "Are you guys just bored? Like everyone else? You can say it."

"WTF is this?" NewsBusters managing editor Curtis Houck asked. "[Trump] could respond to this garbage @CNNPolitics piece by saying at tomorrow's briefing that 'we're all gonna die' and @CNN would react by saying 'Trump peddles unsubstantiated fear' or something to that degree."

"It seems like a lot of people would love a middle ground in the media between 'there's nothing to fear' and 'your hope is unsubstantiated in these dark times,'" National Republican Senatorial Committee senior adviser Matt Whitlock said.