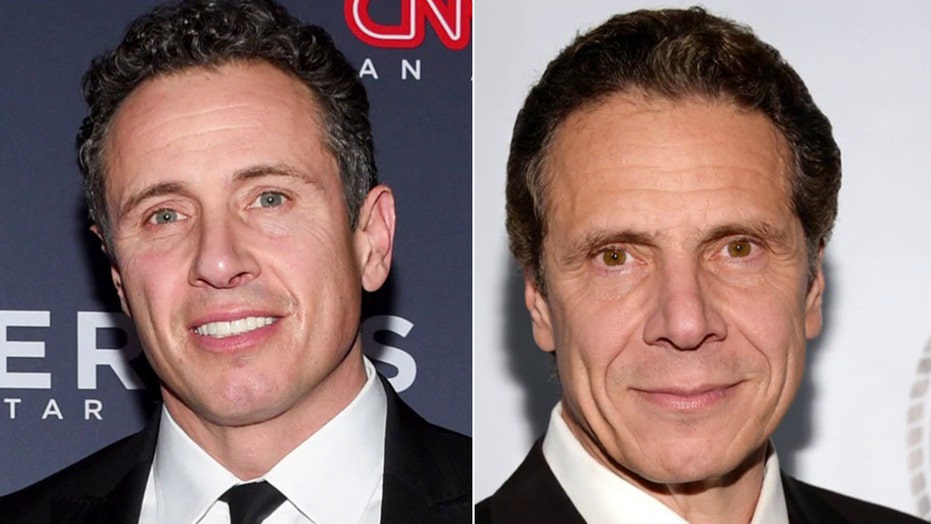 CNN's Chris Cuomo receives backlash for declaring brother, Andrew Cuomo, is 'best politician in the country' on his show; Joe Concha, media reporter for The Hill, weighs in.

On Tuesday, the news network raised eyebrows by not cutting in to show the briefing, which is the first of its kind since April. Fox News and MSNBC both aired it.

CNN only aired the briefing as the president began taking questions from reporters.

Several critics noted that CNN, along with Fox News and MSNBC, aired Joe Biden's remarks in full earlier in the day where the Democratic candidate laid out an economic plan and repeatedly slammed Trump's response to the coronavirus outbreak.

MSNBC briefly cut away from the briefing to provide a fact-check on the president's prepared remarks before returning to questions from reporters.

Earlier this year, CNN began airing less and less of the task force briefings to its viewers after "CNN Tonight" anchor Don Lemon called on the network to not air them live. His message was apparently received loud and clear as it would often avoid the president and cut in to hear from medical experts Dr. Anthony Fauci and Dr. Deborah Birx.

"I have said I don't think that you should really listen to what he says, you should listen to what the experts say," Lemon told his colleague Chris Cuomo during their nightly handoff. "I'm not actually sure, if you want to be honest, that we should carry that live. ... I think we should do it afterwards and get the pertinent points to the American people because he's never, ever going to tell you the truth."

He continued, "And guess what he's gonna do. If you ask a question that is a legitimate question -- and if he doesn't like the question, he's gonna say whether you're being mean or not or whatever he wants to call it, he's gonna say, 'That is a mean, nasty question.' Why? Because he wants his base to think that the media is being mean to him and they're attacking him. It is all a plot! It is all orchestrated. And if you can't see it, I don't know what you're looking at. It's obvious, it's transparent to me. This has become -- those press briefings have become his new 'Apprentice.' They've become his new rallies. And he treats the press and the media as if he's talking to the people at his rallies. It's the same thing. It's no different except the audience isn't there."