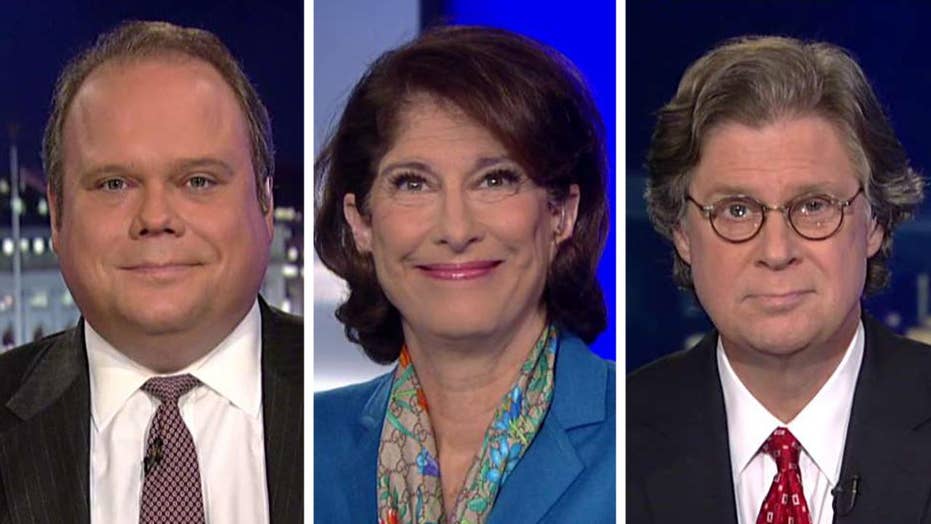 CNN and MSNBC personalities were quick to denounce U.S. Attorney John Durham, who made a stunning statement Monday objecting to the conclusions made by Justice Department Inspector General Michael E. Horowitz about his review looking into the origins of the Russia investigation.

Following the release of Horowitz's report, which noted several "significant" errors in the highly controversial Foreign Intelligence Surveillance Act (FISA) application process but found no evidence of wide-reaching political bias within the FBI, Durham in a rare move released a statement of his own revealing that his ongoing investigation was drawing a different conclusion from what the DOJ watchdog found.

"Based on the evidence collected to date, and while our investigation is ongoing, last month we advised the Inspector General that we do not agree with some of the report’s conclusions as to predication and how the FBI case was opened," Durham said in a statement.

"I have the utmost respect for the mission of the Office of Inspector General and the comprehensive work that went into the report prepared by Mr. Horowitz and his staff," Durham also stated. "However, our investigation is not limited to developing information from within component parts of the Justice Department. Our investigation has included developing information from other persons and entities, both in the U.S. and outside of the U.S."

COMEY RIPS DURHAM FOR 'SLIMING' HOROWITZ: 'HE'S SUPPOSED TO BE A PROFESSIONAL'

"It is surprising that he would do that, Mr. Durham, considering the fact that he's not refuting it with any facts. He's just saying he disagrees. He could've just kept his mouth shut and then when his report comes out, we'll see what he has," CNN anchor Jake Tapper said while heading the network's coverage of Monday's impeaching hearing.

A panel on MSNBC expressed a similar sentiment, specifically commentator and former FBI official Frank Figliuzzi, who said he was "perplexed" by Durham's statement.

"I find it hard to understand how a prosecutor in the middle of his investigation would decide to make an announcement that he doesn't like somebody else's conclusions and that he might be going in a different direction. There's really no operational or investigative purpose for that," Figliuzzi said. "It leads me to think, and I'd be very disappointed if this is the case, that there's a political reason for this, and I have to wonder, personally, whether we're seeing Attorney General [Bill] Barr speak through the office of John Durham."

Figliuzzi went on to suggest that Durham could be "disciplined" if he spoke out about an ongoing investigation and questioned whether there was "direction or pressure" on the U.S. attorney to make his statement.