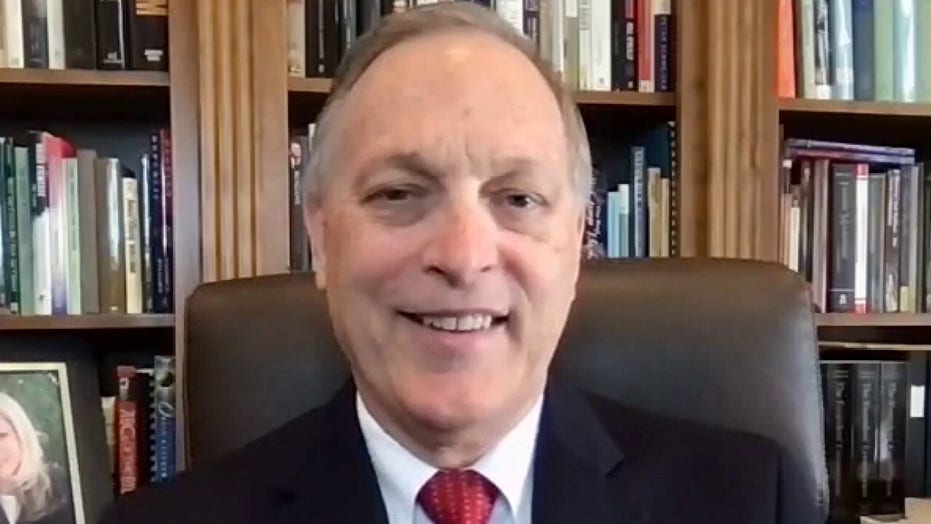 Rep. Andy Biggs, R-Ariz., weighs in on the president's management of the coronavirus pandemic.

Biden initially took part in a conference with several state governors on Monday to discuss new ways to combat growing cases of the coronavirus due to the omicron variant. After speaking with Arkansas Gov. Asa Hutchinson, Biden agreed with the Republican that there is "no federal solution" with regard to coronavirus policies.

"Look, there is no federal solution. This gets solved on the state level," Biden said.

This contrasted several instances of Biden claiming that he will "shut down" the virus, dating back to his 2020 election campaign. Despite this, many members of the liberal media have largely ignored this comment or attempted to explain it in a new context.

One example came from Harwood during Tuesday’s "New Day" the morning after Biden’s comments went viral.

CNN Capitol Hill reporter Melanie Zanona began by criticizing Biden’s response to the omicron variant and how his comments appear to be shifting blame.

"And this could really cost them politically," Zanona said. "At the end of the day, voters are going to be voting on whether or not they feel like the country has returned to normal. And it just does not feel that way right now."

Harwood quickly argued back that he only believed the comment to be a "throwaway line" and insisted that Biden was not shifting his responsibility onto the states.

"I think that was throwaway line from Biden. I think Biden was beginning a call from governors, as Jeff Zients was saying, they've had 40 of these calls, and the reason is that there is an interaction between the federal government and state governments. And I think that presidents always make reference to the fact that states have a lot of authority, and we need to work this cooperation," Harwood said.

He added "I don’t think that he was actually signaling like, oh, okay, it's not my job anymore, it's your job. Because he went on to outline the things that he was trying to do to catch up to the testing problem, and acknowledging, as we’ve just been talking about, that we need to do better."

Regarding the backlash against Biden, Harwood claimed that "more has been made of that, of that, little sort of polite beginning of the conversation than is warranted."

He tweeted "Biden's ‘this gets solved at a state level’ is only a thing if you feign ignorance that: he was simply affirming NGA chair's plea not to stifle ‘state solutions,’ it's routine presidential ‘laboratories of democracy’ talk, he discussed federal action and ‘need to do better.’"