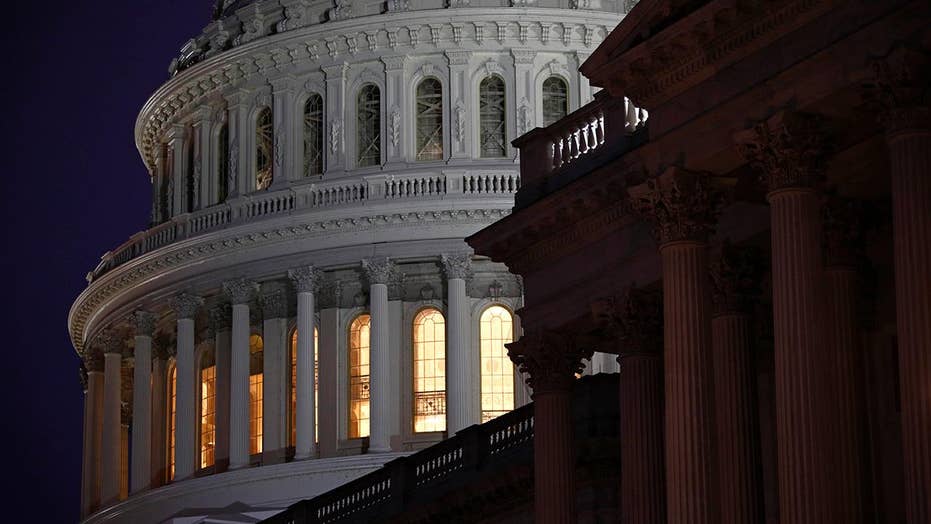 House panel setting rules for impeachment debate ahead of vote

CNN's chief legal analyst Jeffrey Toobin was in disbelief on Tuesday after his network's own poll showed a sharp decline in support of President Trump's impeachment among Democrats, insisting the findings were "wrong."

The poll, conducted last week, showed support slipping in comparison to November with only 45 percent of independents backing the impeachment and removal of President Trump versus 47 percent last month. However, there was a big 13-point shift among Democrats; 77 percent backed removal, down from 90 percent in November.

While opinion hosts on cable news sometimes have criticized their network's own polls, it's not so common for a news analyst to be so animately opposed to a network poll as Toobin was.

CNN political director David Chalian defended the poll, calling that specific data a "subset" of the poll and pointing out the 6.7-point margin of error, insisting the change wasn't a "wild swing."

"I don't know what's not to believe," Chalian told Toobin. "That's what, you know, you call people up on the telephone, you get their information, you pump out a survey, this is those that we polled told us."

"I get that," Toobin responded. "But, life has shown us that polls are sometimes wrong, and David, that poll is wrong -- just because I said so."

Toobin's doubling-down of his strong opposition to the poll sparked some shock and chuckles from the "New Day" anchors, although Chalian did not appear amused.