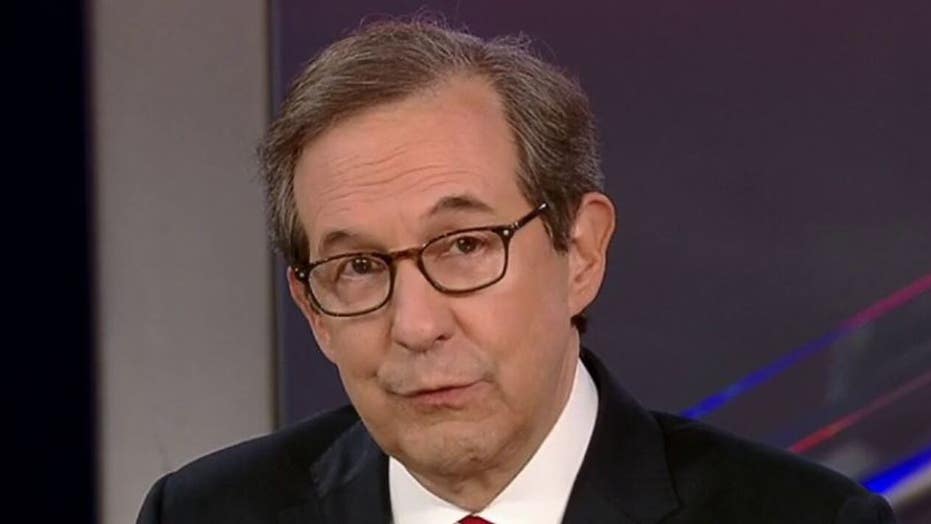 Chris Wallace: I want to know about Biden's petition to unmask

CNN anchor Jake Tapper condemned President Trump and his supporters for "launching an unprecedented smear campaign" against political opponents, but he, too, was blasted by critics who alleged he launched "smear campaigns" of his own.

Trump has been on the offensive in recent days after it was revealed that several top Obama officials -- including former Vice President Joe Biden -- had requested the unmasking of former national security advisor Michael Flynn in the weeks leading up to his inauguration.

Tapper, who previously had scant coverage of the unmasking revelations, lumped what he described as a "conspiracy theory" with other attacks Trump and his ardent supporters have leveled against political foes, including a meme shared by Donald Trump Jr. mocking Biden's "creepy" behavior with children.

The "State of the Union" host also indicated that he will maintain virtually all of his reporting on the coronavirus outbreak.

"President Trump and his team are launching an unprecedented smear campaign against rivals, leveling wild and false allegations against critics in the media and politics, ranging from bizarre conspiracy theories to spreading lies about pedophilia and even murder," Tapper said on Twitter, which resembled on-air remarks he made on his Sunday show. "These smear campaigns are unmoored from reality. They're deranged and indecent and seem designed at least in part to distract us from the horrific death, health, and economic crisis caused by the pandemic. The pandemic, which impacts you, is what we will continue to focus on."

However, CNN's star political anchor was met with intense backlash with many suggesting he too is guilty of the actions he was scolding the president and his supporters for.

"This is gaslighting: conflate legitimately stupid actions -- like retweeting of memes -- with accusations of wrongdoing for which there is tons of evidence -- 'Obamagate.' Moreover, you've covered every unsubstantiated smear for four years. Spare us the fake outrage," National Review writer David Harsanyi reacted.

Tapper was one of the prominent cable news personalities who championed the Russian collusion narrative.

"Sorry bro, you lost all credibility when your network went full reality TV Glass houses, stones, pots and kettles, you get it," journalist Tim Pool told the anchor.

The Daily Caller's Greg Price shared a montage highlighting Tapper's Russia collusion coverage including his sitdowns with House Intelligence Committee Chairman Adam Schiff, D-Calif., who repeatedly claimed he had seen "evidence" that the Trump campaign had coordinated with the Kremlin.

The montage also featured the airtime Tapper spent on Julie Swetnick, the third accuser and former client of disgraced anti-Trump lawyer Michael Avenaitti who came forward against Supreme Court Justice Brett Kavanaugh with an allegation that the Trump appointee participated in a "gang rape," a claim that was refuted.

Conservative talk radio host and former NRA spokesperson Dana Loesch joined the pile-on, invoking the treatment she received by Tapper and CNN when she appeared at an intense town hall following the Parkland shooting in 2018.

"It’s impossible for CNN to discuss smearing anyone when you consider not just what they did to me, but also others. When criticized, it’s presented as 'attacking a free press.' A free press is to aid a free people in gov’t accountability, not attack them on behalf of 1 party," Loesch said.

"Here’s the whole thread with video from the townhall wherein CNN made me the piñata for an arena of people they incited by how they organized the event. This is before they allowed for me to be repeatedly smeared as a murderer on their airwaves — if they want to discuss smears," she continued, sharing footage of the angry crowds she faced at the event.

Tapper continued his shaming on Sunday's installment of "State of the Union," where he called out "cowardly" Republican lawmakers for not condemning President Trump's recent firing of the State Department watchdog. He called the controversy surrounding the Flynn unmasking a "crackpot conspiracy theory" during an interview with Sen. Ron Johnson, R-Wisc.

He also had a rather hostile exchange with HHS Secretary Alex Azar, who pushed back against Tapper's assertion that the death rate  from the coronavirus is "worse" in the U.S. than "anyone else."

"No, that’s actually not factually correct," Azar told Tapper. "When you look at mortality rates, that's simply not correct as the precent of diagnosed cases."

The HHS secretary then went on to explain that the high death count in the U.S. is linked to a population with "high comorbidities," particularly among minority groups as it has been reported. But Tapper appeared to suggest that Azar was victim-blaming those who have caught the virus.

"I want to give you an opportunity to clear it up because it sounded like you were saying that the reason there are so many dead Americans is because we're unhealthier than the rest of the world and I know that's not what you meant," Tapper said.

"No, I think we have a significantly disproportionate burden of comorbidities in the United States, obesity, hypertension, and diabetes -- these are demonstrated facts that make us at risk for any type of disease burden," Azar responded.

"Of course," Tapper said, "but that doesn't mean it's the fault of the American people that our government failed to take the adequate steps back in February-"

"Oh, my goodness," Azar exclaimed. "Please don't distort. This is not about fault, this is simple epidemiology. ... That's all that I was saying and you know that. One doesn't blame an individual for their health conditions. That would be absurd. It's simply a statement that we do have greater risk profiles here in the United States."

One Twitter user reacted to the exchange, "This interview by @jaketapper is shameful. This isn't journalism, this is pushing a political narrative."

NewsBusters managing editor Curtis Houck slammed Tapper for peddling the Steele dossier that contained Russian disinformation from the 2016 election and for the "show trial" he conducted with Loesch at the Parkland town hall, noting if there was a "singular event in which the well was poisoned for many conservatives" with the CNN anchor, "that was it."

"It’s sad to see Jake Tapper take a turn into being just another company man shoveling Jeff Zucker’s buckets of hate. This Zucker foot soldier has peddled one CNN conspiracy after another, offered childish commentaries, and feigned outrage as though he were the last honest man in America," Houck told Fox News. "At this rate, you can’t tell the difference between Tapper, Chris Cuomo, Don Lemon, and Brian Stelter. All Trump hate, all the time."