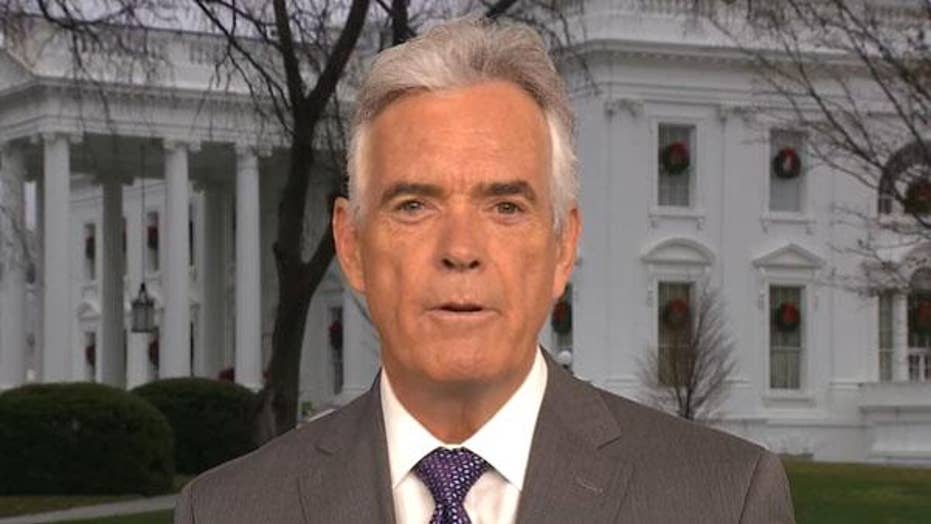 Trump to Pelosi: 'Impeachment crusade' an 'unconstitutional abuse of power'

During a panel discussion on the anti-Trump network, Tapper quoted the president from the letter, including a passage accusing Democrats of "not getting over" his 2016 election victory and accusing Pelosi of viewing democracy as her "enemy."

The network's highest-ranking political anchor then took a swipe at Trump with a totalitarian analogy.

Tapper went on to quote Trump again when he wrote to Pelosi, "You apparently have so little respect for the American People that you expect them to believe that you are approaching this impeachment somberly, reservedly, and reluctantly. No intelligent person believes what you are saying."

Trump, in a no-holds-barred six-page letter, lambasted the Democrats' impeachment inquiry as an "open war on American Democracy," writing that she has violated her oath of office and "cheapened the importance of the very ugly word, impeachment!"

"Everyone, you included, knows what is really happening," Trump said, just a day before House Democrats were expected to vote to impeach him. "Your chosen candidate lost the election in 2016, in an Electoral College landslide (306-227), and you and your party have never recovered from this defeat. So you have spent three straight years attempting to overturn the will of the American people and nullify their votes. You view democracy as your enemy!"

Pelosi, speaking to reporters Tuesday evening, called the letter "ridiculous." She said she feels "fine" but "sad" about the pending impeachment vote.

Trump specifically hammered Pelosi for daring "to invoke the Founding Fathers in pursuit of this election-nullification scheme," and "even worse," for "offending Americans of faith by continually saying 'I pray for the President,' when you know this statement is not true, unless it is meant in a negative sense."

"It is a terrible thing you are doing," Trump added, "but you will have to live with it, not I!"