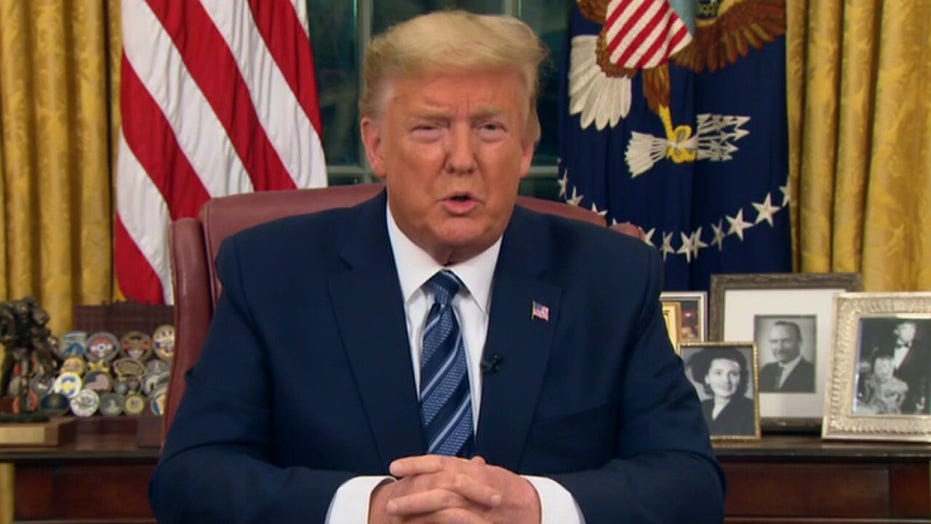 CNN anchor Don Lemon had a "total meltdown" on Wednesday night, critics observed, after a guest on his show told him that President Trump's coronavirus address from the Oval Office was "fine."

Lemon, who has repeatedly insisted that he is 'not a partisan,' had on former 2016 presidential candidate-turned-CNN contributor John Kasich to discuss the latest developments in the Trump administration's handling of the coronavirus outbreak. The anchor accused Trump of "misrepresenting" the travel ban that was set on Europe after the White House offered clarification on what was affected.

Kasich urged the president to "stick to the script" and said governors will have a major role in combatting the virus.

However, none of that apparently sat well with the CNN anchor.

"I don't know if he stuck to the script or not, but whatever script he read was wrong, because they had to clarify it several times," Lemon complained. "And I've just got to say if the president came out to calm people's fears, he didn't do a good job of it because he had to come back and clarify it several times! And this has been going on long enough for them to get it straight! We need straight, accurate information from this president and this administration and we're not getting it!"

His tirade continued, "And I don't understand why you're tip-toeing around it. He came out, gave an address that's usually — that happens very rarely [and] he doesn't get it right?!"

"First of all, he read it," Kasich responded. "And somebody — I don't want to get into that."

"Why not?! That's why you're here!" Lemon exclaimed. "To talk about the president's address!"

"Can I finish?" the former Ohio governor attempted to complete his thought.

Kasich, a longtime critic of the president, defended the Trump administration, telling Lemon they were attempting to address the "confusion out there."

CNN'S DON LEMON CLAIMS HE'S NOT 'SOME LIBERAL' DEMOCRAT: 'I'M NOT A PARTISAN'

After engaging in another fiery exchange, Kasich reiterated his belief that Trump's address was "fine."

"I thought it was fine. You can disagree with me. I thought it was fine," Kasich told his colleague. "I thought he had the right tone and he no longer played with 'We're going to blame Democrats'... I hope he's trying to move forward because he understands the seriousness of this situation. Now the fact that they clarified- it isn't unusual in a speech for somebody to clarify something, OK? But I don't think that the tone he showed tonight takes away from some clarification. I think he set a serious tone. That's what I wanted out of him for a long time. And I think we got it."

After Lemon claimed he tried "cutting Trump a break" at the top of his show, Kasich then pressed Lemon on what he thought was so "terrible" about the clarification.

Lemon shook his head after Kasich insisted that "98 percent" of Trump's address "was good."

"I think I made my case here. If the president is going to come out and confuse people more, then don't say anything," Lemon concluded.

The CNN anchor was widely panned on social media.