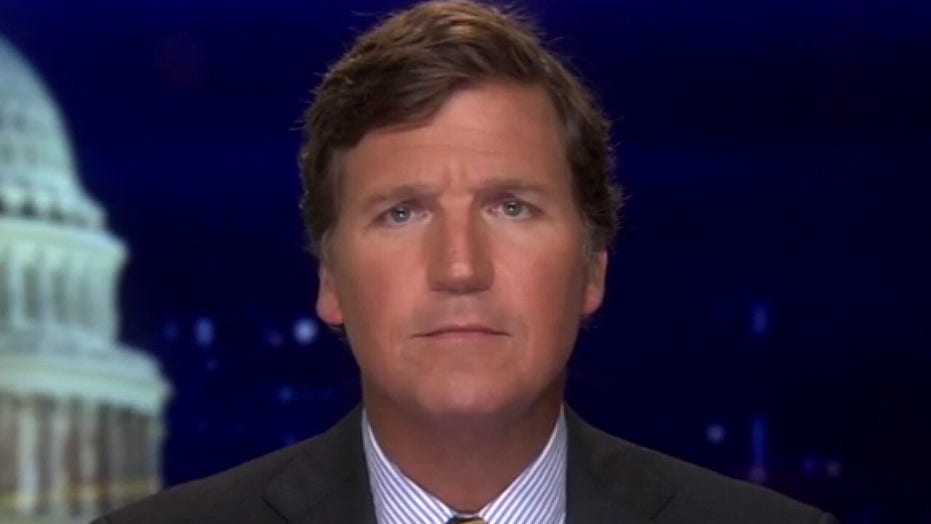 But left the house extensively during his fake quarantine.

CNN anchor Chris Cuomo eviscerated Vice President Mike Pence for choosing not to wear a mask during his visit to the Mayo Clinic just weeks after he stirred up his own controversy of violating quarantine protocols while he was recovering from the novel coronavirus.

On Tuesday, Pence raised eyebrows as he toured the medical facility without any sort of protective wear on his face despite being notified of the clinic's strict policy on masks. The vice president, who had previously tested negative for the coronavirus, defended his decision, saying he wanted to look at the medical staff "in the eye and say thank you."

"Does the mask cover your eyes?" Cuomo reacted. "Look, you can make an excuse for anything."

The CNN anchor then asked network medical expert Dr. Sanjay Gupta, "This is a teachable moment. Of course, if you're supposed to wear a mask, then you should wear a mask, but that's not the lesson. If you think you have 100 percent confidence because you tested negative, once, twice, three times, Sanjay, isn't the reality is that we don't know that you're 100 percent not contagious when you test negative and that test is as only good as the day it's on?" Gupta agreed.

"Look, I'm not into the gotcha game. I think it's a waste of time, I think people are turned off by it, but all I'm saying is at some point, you've got to start being able to take any kind of responsibility for anything that's negative at some point," Cuomo said. "I mean, this administration has never done a damn thing wrong, ever, and they just can't own it."

Cuomo even hinted that he was expecting blowback for his commentary on Pence.

"And I guarantee you, people will find ways to defend them by attacking me, but they won't own up to the obvious. But that's politics," Cuomo told Dr. Gupta before moving on.

Vice President Mike Pence visits the molecular testing lab at Mayo Clinic Tuesday, April 28, 2020, in Rochester, Minn., where he toured the facilities supporting COVID-19 research and treatment. Pence chose not to wear a face mask while touring the Mayo Clinic in Minnesota. It's an apparent violation of the world-renowned medical center's policy requiring them. (AP Photo/Jim Mone)

Last month, the CNN anchor announced that he had gotten the coronavirus, which his wife and son were also later diagnosed with, and was recovering from his South Hampton home.

However, over Easter weekend, Cuomo was reportedly involved in a heated altercation that took place at his East Hampton property that was under construction after a bicyclist claimed that the CNN anchor was violating quarantine guidelines that were being enforced by his brother, New York Governor Andrew Cuomo.

According to a New York Post report, a 65-year-old East Hampton resident named David was riding his bike on Easter Sunday when he spotted who he thought was the CNN anchor with two women and three children outside on their property. Cuomo had been recovering from his widely publicized coronavirus diagnosis.

David, who revealed his full name as David Whelan during a recent interview on "Tucker Carlson Tonight," claimed he was "well over a hundred feet" when he paused and hassled Cuomo about whether he should be in quarantine instead of being outside with others.

He told the Post he filed a police report the next day after the CNN anchor acknowledged the incident and slammed the bicyclist on a radio show, saying that Monday, “I don’t want some jackass, loser, fat tire biker being able to pull over and get in my space and talk bulls--- to me, I don’t want to hear it."

To make matters worse, Cuomo appeared to have staged his own "emergence" from the basement as if it was his first time he had left quarantine during a pre-taped segment that aired on his show last week.

"Alright, here it is... the official re-entry from the basement, cleared by the CDC," Cuomo narrated as he walked upstairs to greet his family. "This is what I've been dreaming of, literally, for weeks."

The video then showed him greeting his wife, who had also been diagnosed with the virus. The anchor said she was also "cleared by the CDC" as well.

"This is the dream, just to be back up here doing normal things," Cuomo said to the camera. 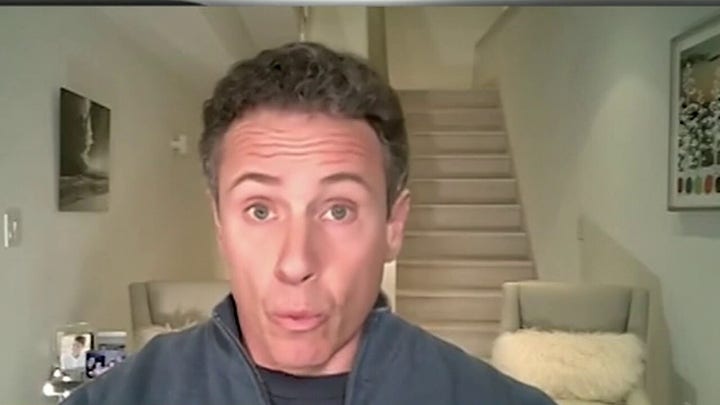 "He got in an altercation with a cyclist who called him out for violating his quarantine roughly a week ago. And here is CNN saying he has been riding out his quarantine in 'his basement' for 'the last several weeks.' I hate the term fake news. But this is literally *fake* news," author James Hasson reacted.

"Is this a joke? Yes, this is from Stelter's newsletter. Chris Cuomo was in East Hampton 8 days ago. This is bananas," New York Post columnist Karol Markowicz exclaimed.

"What sort of gaslighting is this? Chris Cuomo didn't just emerge from a basement quarantine - I mean, the guy got in a well-publicized fight with a biker outside of his second home in the Hamptons on Easter. This is ... pretty shameless stuff by CNN," Washington Examiner reporter Jerry Dunleavy wrote.

"This is a proven lie. As usual, CNN doesn't care about the facts (or most of you)," NewsBusters managing editor Curtis Houck said.