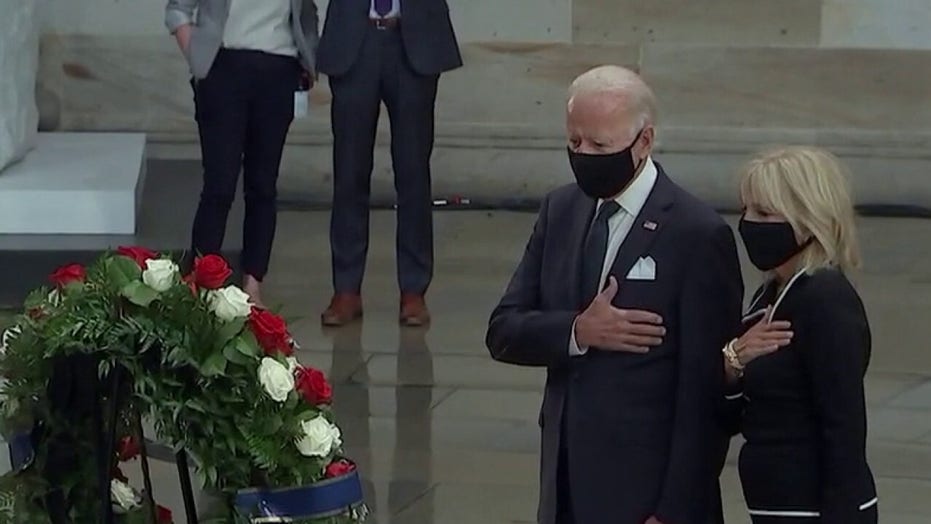 CNN anchor Chris Cuomo offered a strange explanation Monday as to what he meant last month about protesters not having to be "peaceful."

Days after the death of George Floyd, Cuomo raised eyebrows by appearing to defend the riots that had taken place amid the nationwide protests.

"Now too many see the protests as the problem. No, the problem is what forced your fellow citizens to take to the streets: persistent, poisonous inequities and injustice," Cuomo told his viewers on June 2. "And please, show me where it says protesters are supposed to be polite and peaceful. Because I can show you that outraged citizens are what made the country what she is and led to any major milestone. To be honest, this is not a tranquil time."

He later added, "Police are the ones required to be peaceful, to deescalate, to remain calm."

However, nearly two months after he made those comments, Cuomo now claims they were inspired by a famous quote from the late congressman and civil rights icon John Lewis, whose life was celebrated on Capitol Hill earlier Monday, and played a clip of Lewis speaking about getting into "good trouble."

CNN'S STELTER ACCUSED OF BREACHING NETWORK'S CONFIDENTIALITY AGREEMENT WITH NICHOLAS SANDMANN: 'MAY COST HIM HIS JOB'

"Now, I was borrowing from Brother Lewis when I said, 'Who says protests are supposed to be peaceful and quiet and polite,' Cuomo said. "I know it says 'peaceful' in the First Amendment, but if you just go in and sing your songs and go home, nothing changes. And that's what he was encouraging."

The CNN anchor went on to define what is "good trouble" and "bad trouble." Cuomo echoed Lewis' assertion that the Black Lives Matter movement was "good trouble," but noted that the "riots" and "touching to hurt" and "destroy" was not included, suggesting that focusing more on the violence rather than the protests is "bad trouble at work."

Cuomo later called President Trump's deployment of federal agents in Portland as "bad trouble," since local officials did not welcome such assistance and that their presence is "making it worse."