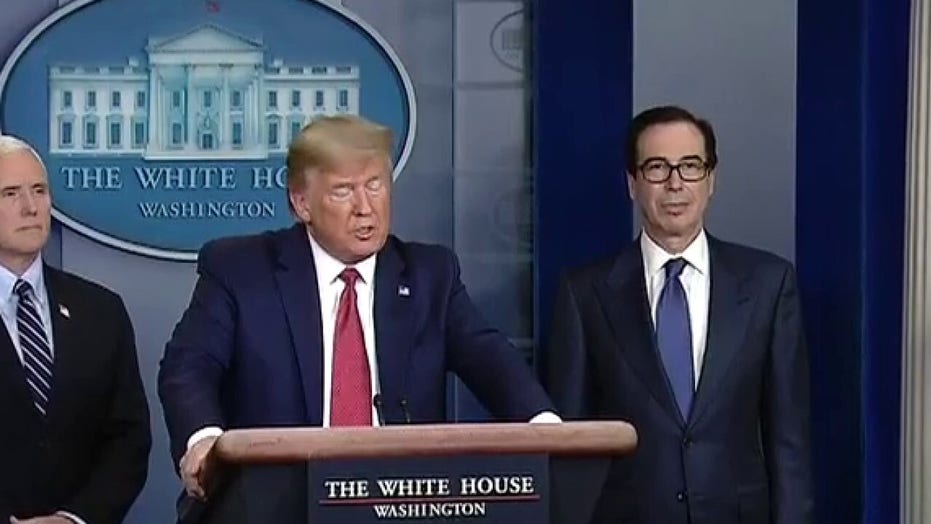 Some journalists push back against airing President Trump's coronavirus briefings; reaction and analysis on 'The Five.'

CNN was blasted on Thursday over a "terrible headline" that suggests only President Obama is calling for everyone to continue social distancing -- not President Trump.

On Wednesday, the former president spoke out and praised the medical staff across the country who are treating patients with coronavirus while encouraging others to take precautions in order to not burden the health care system.

"These are the burdens our medical heroes already face in NYC. It's only going to get harder across the country. Another reason to maintain social distancing policies at least until we have comprehensive testing in place. Not just for our sake—for theirs," Obama said.

However, CNN ran an article with the headline "Obama urges Americans to continue social distancing despite Trump's wishes to reopen economy."

"Obama has tweeted encouraging messages during the outbreak, though he's not directly criticized the Trump administration's response to it," CNN politics reporter Chandelis Duster wrote. "On Tuesday, Trump said he wants to ease social distancing measures in order for the country to be 'opened up and just raring to go by Easter.'"

Critics slammed the CNN article, which was shared on social media on Thursday, pointing out the slanted framing by the network.

"At no point has Trump urged people to stop social distancing. This is a lie by insinuation," Ben Shapiro declared.

"This is a terrible headline - even if Trump is talking about opening up prematurely, he's not saying people should stop social distancing. Really bad stuff, CNN," writer Josh Jordan reacted.

"Trump also said that too, tho so ..." radio host Dana Loesch tweeted.