Fox News anchor Julie Banderas argues the holiday classic should not be canceled during the Fox Nation special.

With the holidays quickly approaching, parents, media figures and the entertainment industry are criticizing many of the traditions behind Christmas.

Even Santa himself has come under fire. Some Gen Z parents aren’t allowing their children to believe he is real, as evidenced by the hashtag #santaisntreal which has received nearly 19 million views on TikTok. Many parents cite concerns that once their children find out Santa’s magic is a myth, they’ll be "traumatized."

Mother Sierra McKenzie went viral for a video she posted to TikTok stating that she wouldn’t be "lying to them [her kids] about Santa," nor would she be taking them for pictures with Santa or including any presents under the tree from St. Nick.

"Telling kids that Santa is real is a lie, and I don’t believe in building my kids up on a lie," McKenzie told the New York Post. "Your kids can still enjoy the magic of Christmas without believing in Santa."

IT’S NOT JUST CHRISTMAS BUREAUCRATS WANT TO CANCEL, THEY ARE TAKING AIM AT HANUKKAH, OTHER HOLIDAYS

Another mom, Chloe Amelle, said that she also won’t be label presents as "from Santa" under her tree, because she doesn’t like "the idea of lieing [sic]" to her kids or worrying they would get "’better’ things from Santa than other kids," according to her TikTok.

Another mother and family writer, Laura Jackel, penned a piece for MamaMia in which she detailed the six Christmas traditions she was planning on canceling this year.

"Do my kids actually want to wear the matching festive pyjamas?" she asked. "Do I care to traipse around the shops searching for nice ones in their size so they can take part in this weird tradition sponsored by capitalism?"

Jackel also said that she plans to ditch Elf on the Shelf this year and suggests that parents tell their kids that "Santa recalled your elf to help with present sorting or that it . . . died."

Other Christmas traditions she plans to cancel include "sending cards to anyone outside immediate family," "the forced Santa photo," and "purchasing festive snacks."

THE GRINCH COULD BE STEALING YOUR CHRISTMAS CHECKS

Fox News contributor Joe Concha said that he never expected parents to open a new front in the "War on Christmas … in the name of virtue signaling."

"And thanks to the media and woke corporations, we’re stuck with this constant barrage of political correctness, and it’s getting annoying," he added. 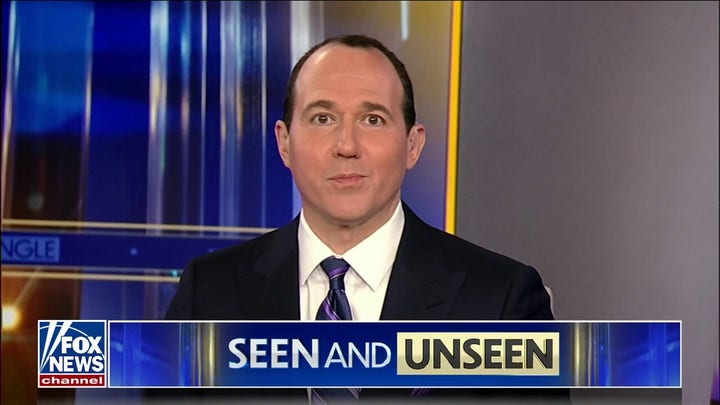 Other targets of the Christmas backlash include reboots of classic shows and movies.

NBC News culture critic Ani Bundel criticized Apple TVs "Spirited" and Netflix’s "Scrooge: A Christmas Carol" for the shows’ "insistence on preaching this secular myth of the billionaire turned benefactor at a time when the news is full of stories to the contrary," which indicates "both musical adaptations hit the wrong key."

"In a year when it seems nearly every monopolistic company is laying off workers, the cathartic comeuppance of a hard-hearted billionaire makes cultural sense," she added. "But neither film is willing to even admit its cruel corporate czar is a bad person, as if the producers fear insulting the rich men who run their respective streaming services."

The new Disney+ series "The Santa Clauses," which is a reprisal of "The Santa Clause" movies, stars conservative actor Tim Allen, who has been criticized over a line in the show where Santa says, "Saying ‘Merry Christmas to all’ has suddenly become problematic!"

The line from Allen’s character prompted a Twitter firestorm after filmmaker Scott Weinberg called it a "truly weird thing to put in a kid's series."

"[It's] not some random campaign. it's a low-key effort to vilify anyone who doesn't celebrate this holiday," Weinberg tweeted. "in a grown-up movie I'd just groan and ignore it."

HIRAM SASSER: IT'S NOT JUST CHRISTMAS BUREAUCRATS WANT TO CANCEL, THEY ARE TAKING AIM AT HANUKKAH, OTHER HOLIDAYS

Twitter users were also quick to call out Democrat Wisconsin Gov. Tony Evers for referring to the state’s Christmas tree as the "2022 Capitol Holiday Tree."

This isn’t the first year Christmas shows and traditions have come under fire. A long-running debate about the classic Christmas song "Baby, It's Cold Outside" has garnered more attention in recent years amid the #MeToo movement.

Many critics believe the song implies date-rape, citing lyrics like "Say, what's in this drink?," "Ya mind if I move in closer?" and "Gosh, your lips look delicious."

In 2019, John Legend and Kelly Clarkson collaborated on an updated "PC" rewrite of the song, swapping the original lyrics for lines like "It’s your body and your choice" and "I want you to stay, it’s not up to me."

Kendall Tietz is a Production Assistant with Fox News Digital.