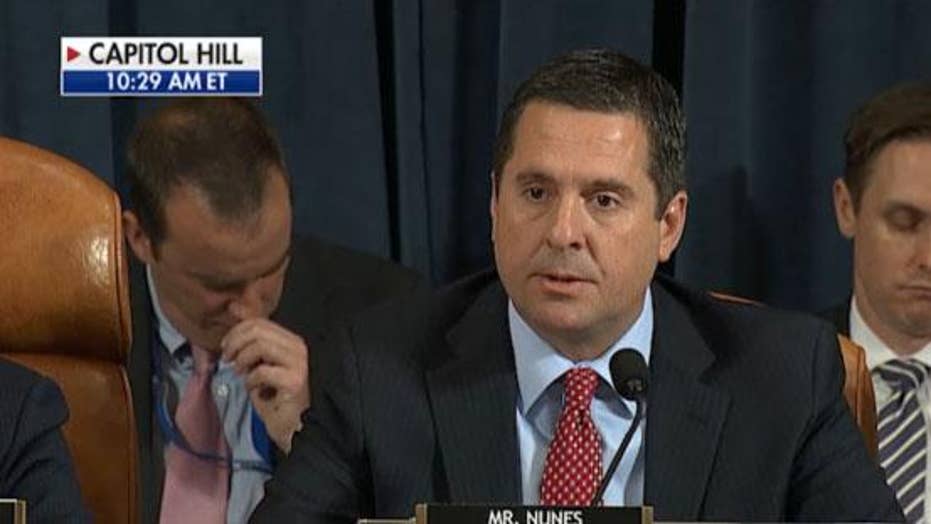 Nunes: Impeachment process 'in search of a crime"

"By undermining the president elements of the FBI, DOJ and State Department have lost the confidence of millions of Americans," says Devin Nunes speaking about the impeachment process in search of a crime.

MSNBC host Chris Matthews compared impeachment hearings against President Trump to the 1995 double murder trial of O.J. Simpson on Wednesday as the liberal network hyped its audience for the launch of its coverage, because Matthews feels viewers have a rooting interest in the outcome regardless of “facts.”

Simpson’s infamous trial polarized the nation along racial lines, whereas viewers of impeachment hearings presumably either support or don’t support President Trump. The MSNBC host found similarities between the two and noted that modern impeachment proceedings are “much more tribal today” than the 1974 Richard Nixon version.

“These hearings today are going to be much more like the O.J. trial, the great trial at the end of the 20th century, where people took sides very quickly. It wasn’t so much about the facts, it’s about your perspective, your history as a human being in this country,” Matthews said.

Media Research Center associate editor Scott Whitlock noted that “some might point out that Simpson was acquitted” but Matthews “obviously didn’t mean anything positive with a comparison to a man many still think guilty of a brutal double murder.”

After evoking the Simpson trial, Matthews predicted that Republicans would alter the narrative.

"I think they’re going to try to shift the attention from this simple matter of bribery, where the president, acting like a crooked local official, simply said, 'Yeah, I'll get you your foreign military assistance to fight off the Russian tanks, but first I want you to do me a favor, though,'” Matthews said. “Total corrupt political behavior.”

Whitlock feels that commentary asserts that the president is “clearly guilty” and makes it “clear just who in this country Matthews thinks is the most delusional.”

The MSNBC panel also compared impeachment hearings to the Super Bowl and the series finale of “Game of Thrones” during the network’s pre-hearing coverage.