Chicago Mayor Lori Lightfoot is under fire after a new ad depicted her as "cool" despite the city being plagued by a crime crisis.

Fox News contributor Gianno Caldwell joined "Fox & Friends" on Thursday to discuss and said Lightfoot is a "disgrace" who should "resign."

"If you don't think that it's time to bring in a better mayor, then you're lost. And she should just resign in disgrace," argued Caldwell.

The new campaign advertisement for the Democrat says she was "cool" during COVID and "delivered" more jobs.

Caldwell said Chicagoans are "tired of the missteps" made by Lightfoot.

"We had the highest murder rate in Chicago last year in 25 years. You think about the rate of poverty in which young kids in Chicago are facing, the national average is 16%. In Chicago, it is 23%," he said.

Caldwell shared how families like his have paid the price as a result of Lightfoot's policies. 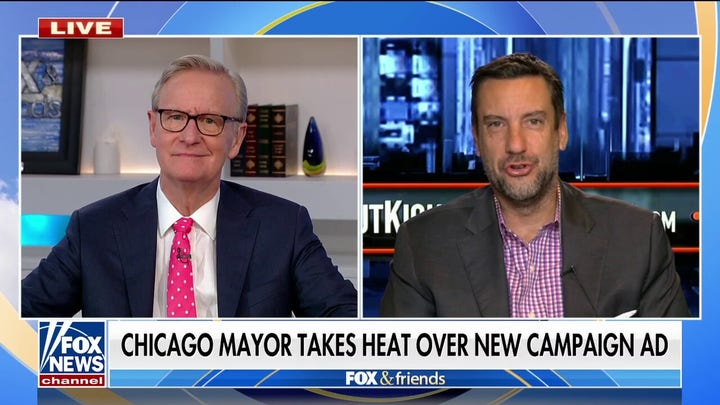 "My brother was murdered on June 24th on 114 South Vincent Street. He's paid the price, but there are so many other families that have paid the price. I have friends, one in particular who's lost two brothers within a three-year scope on her watch, Lori Lightfoot. I talked to another friend whose mom lost four sons separately," he said.

Caldwell said it was the best news to hear that Republicans won the majority in the U.S. House of Representatives to hopefully provide federal intervention into the crime crisis.

"There needs to be an oversight on the federal dollars that are going into Chicago, going to the Cook County prosecutor. And we need to ensure that the FBI gets in on some of these cases because this has become just insurmountable for so many families," he said. 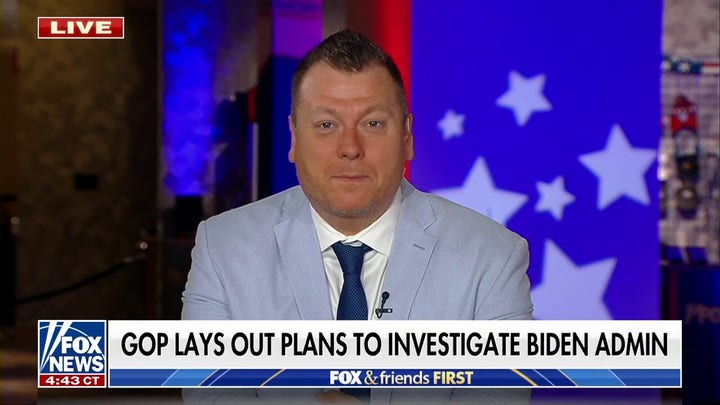 Fox News radio host Jimmy Failla slammed Chicago for being "out of control" and joked that the city is where SEAL Team Six should go to train because of the crime crisis.

"She's never had regard for anybody but Lori Lightfoot. Do you remember back during the pandemic when she got caught going to get like a blowout and her makeup done, and she's like, I got to do TV hits," he told "Fox & Friends First."

"She also wasn't cool during COVID. She was constantly shutting down schools, making everyone wear masks.… I watch this video and I think, 'No one with a functional brain could possibly vote for Lori Lightfoot's re-election.' But then I remember they just put in John Fetterman in Pennsylvania, and it really doesn't seem to matter what qualifications you have, including whether you can even speak or are even healthy enough to do the job," he said.

"It's actually perfectly reflective of how awful she's been."